What is Extreme E and why is Lewis Hamilton involved? 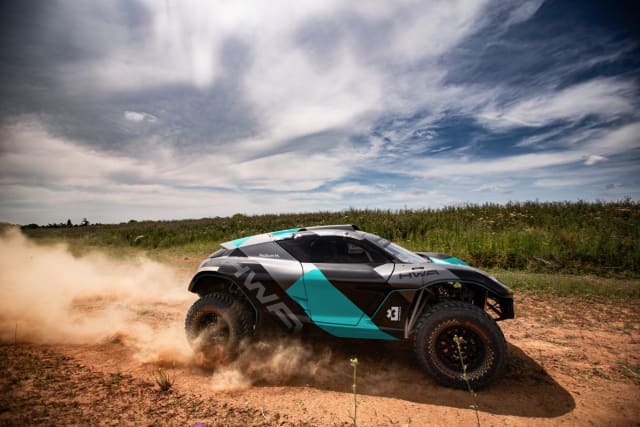 It’s not often rallying makes mainstream news, but it’s not everyday one of the world’s biggest sportsmen gets involved.

This isn’t just any form of rallying, either. While the sport has seen viewing figures decline in recent years in the World Rally Championship, a new series has emerged that hopes to reignite interest.

But what makes Extreme E unique, and what is Lewis Hamilton’s involvement? Read on to find out.

What is Extreme E?

It’s a rally championship that only uses electric vehicles. Its goal is to raise awareness of climate change while promoting electric vehicle usage, sustainability and equality.

Its first season starts in early 2021, and the championship will consist of five rounds in locations affected by climate change. The goal is to raise awareness of the issues these places are facing, while leaving a Legacy Programme to support the local communities.

So it’s a bit like Formula E but for rallying?

Pretty much, yes. In fact, it’s actually the brainchild of Alejandro Agag, the man behind Formula E, which has seen huge success since its 2014 launch, which bodes well for Extreme E.

However, while FE focuses on advancing electric vehicle technology through a competitive arena, EE appears to be more concerned with shining a light on environmental concerns.

What vehicles do they use?

Drivers will compete in a bespoke electric SUV, built by Spark Racing Technology with a battery from Williams Advanced Engineering and tyres from Continental.

If EE follows the same structure as FE, initially all teams will compete in identical vehicles, with teams being allowed to build their own versions of certain aspects of the car as the seasons progress.

The idea is to initially keep costs low to encourage teams to enter, before later encouraging technological advancements.

Where are they racing?

To show areas that are being affected by climate change, the series is travelling to various rural locations that do not typically host major motorsport events.

The five locations are Lac Rose in Senegal, the Al-Ula desert in Saudi Arabia, the mountain glacier in the Kali Gandaki Valley in Nepal, Kangerlussuaq in Greenland, and the tropical rainforest of Para, Brazil.

The Formula 1 star says he’s too busy competing in the pinnacle of motorsport to drive in EE, so instead he’s created a team that will allow him to shine a light on the series’ goals without having to race himself.

Speaking at the announcement of his involvement, Hamilton said: “As Founder of X44, I am looking forward to building my team around important values such as sustainability and equality. None of us are perfect and we all have improvements to make, but I am excited to use our platform to highlight the most serious issues facing our planet and the solutions we can all be part of.”