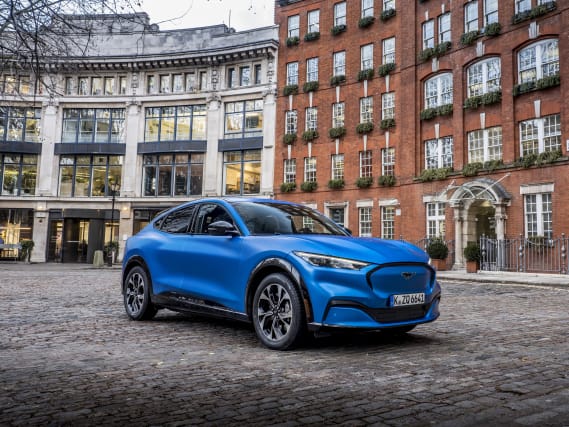 The car industry’s electric revolution could be under threat because Brits find the technology confusing, with almost half saying they don’t plan to buy an electric vehicle in the future.

Research by Ford found that about a third of Brits couldn’t identify that an EV was a vehicle that ran on one or more electric motors, while 75 per cent were not confident about the differences between a hybrid and battery electric vehicle.

When asked what was putting them off an EV purchase, the top reasons were a lack of affordability (53 per cent), worries about where to charge (51 per cent), and range anxiety (37 per cent).

Because of these concerns, Ford has launched a consumer education roadshow called Go Electric, which aims to demystify EV ownership.

Commenting on Go Electric, presenter Georgie Barrat said: “Technology has always been something that excites me but I totally understand that not everyone is at the same stage on their journey.

“For me, it’s all about making things easy for anyone to understand. There is no need for fancy language when something instead can be made simple to grasp. That’s why I was so excited to work with Ford on the Go Electric campaign and help make electrification accessible to everyone!”

Andy Barratt, managing director at Ford of Britain, said: “While the move to electrification is gathering pace, there’s no mistaking that this is a huge task ahead of us that will require fundamental efforts to ensure consumers are taken on the journey, and the first step is understanding what their options are.

“Our roadshow will help demystify electrified vehicle options for all of our customers and give them all they need to make the right choice to fit their lives.”

Ford is calling for stakeholders in national and local government, energy providers and vehicle manufacturers to come together with a unified message about electric vehicles. It suggests a specific senior role in government to coordinate an electrification strategy for the UK.