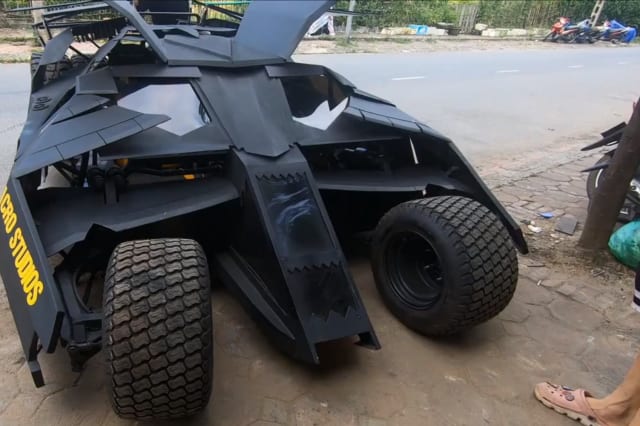 A college student in Hanoi, Vietnam, has spent more than £17,000 building his own Batmobile.

Nguyen Dac Chung, 23, is a student of architecture and modelled his functional DIY project on the iconic supercar in the Batman film, The Dark Knight.

Dac Chung said: "This product is a project that I have been cherishing for three years, and I have been working on it for more than 10 months."

Cool footage shows the intricate design of the Batmobile, that measures a nifty 3.6 metres-long and 2.3 metres-wide.

Dac Chung designed the car in 3D before building it himself. He ordered the tyres and wheels from America and South Korea and installed a full range of vehicle control systems, brakes, and lighting.

He's now in the process of finishing the interior.

Take a closer look in the video above.