These were the best-selling cars in August 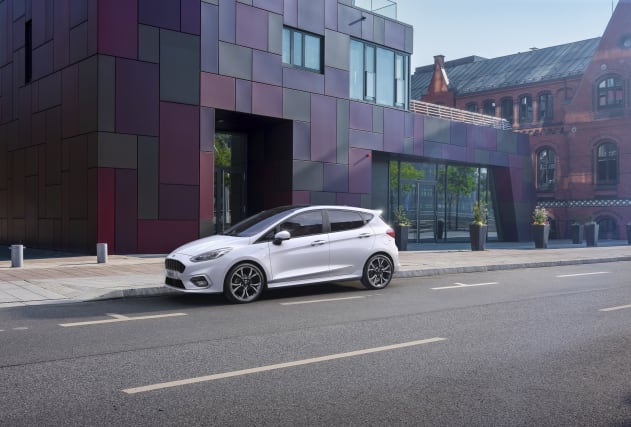 The Society of Motor Manufacturers and Traders (SMMT) new car registration figures were released today, showing a total decline of 5.8 per cent in the month.

And though that drop does mean that not as many people have been flocking to buy a new car, it has showcased the most popular cars for the month. Let’s take a look to see what the best-selling cars were during August.

It’ll come as little surprise that the Ford Fiesta tops this list as it’s historically one of the most popular cars in the UK, alongside its larger Focus stablemate. Providing well-priced and frugal motoring, the Fiesta is a car which is well suited to a variety of different needs.

Though just under 3,500 cars were registered during the month, it still comes out top for August.

Volkswagen’s latest eight-generation Golf was a car which was severely impacted by the coronavirus crisis which took hold just as the new Golf was meant to be introduced in the UK.

Fortunately, fresh deliveries, as well as a steady supply of the previous-generation car, has meant that the Golf has bounced back considerably.

Much like the Fiesta, it’s not much of a surprise to find the Ford Focus as a frontrunner in this list. Spacious and practical, it’s a go-to option for many people who welcome the Focus’, ahem, focus on value-for-money.

A wide variety of options – from performance ST to luxurious Vignale – means that the Focus caters for all areas of buyers.

That’s right, it’s another Ford. In fact, this represents the first time that the new Puma has entered into the top 10 list of cars after arriving in showrooms at the start of the year.

Striking looks and a practical interior combine to help this car – which itself is based on the Fiesta – to prove popular with those who want a more compact crossover.

Vauxhall’s Corsa has spent several months at the top of this list, but has finally started to slip down the ranks. Given that more than 2,000 have been registered during a historically quiet month is no mean feat, mind you.

Good looking and practical, the Corsa’s range has been bolstered with the introduction of a new electric version, badged Corsa-e.

Another key competitor in the fight for first place, the A-Class is a hatchback which delivers a premium experience as well as premium looks. One of its key benefits is choice; as well as diesel and petrol variants there are plug-in hybrid options to choose from too.

There are also a pair of performance-orientated models for those who want a little more pace from their A-Class.

Despite losing out in terms of sales to the Golf here in the UK, the Tiguan is, in fact, Volkswagen’s most popular car across the world.

Despite a new facelifted version arriving soon, the Tiguan is still providing a popular option for many.

It’s another Volkswagen, and this time eighth place is taken by the firm’s popular Polo. Compact and good-looking, the Polo is frequently one of the most popular superminis on sale.

More spacious than you might expect for a car of this size, the Polo is well made and cleverly packaged too.

Ford’s Kuga represents the fourth model from the blue oval to make its way into the top 10 showcasing the firm’s dominance in registrations and popularity.

Roomy and practical, the new Kuga is now available with a plug-in hybrid powertrain which only serves to bolster its versatility further.

Traditionally it’s Kia’s Sportage SUV which features in this list, but for August that role fell to the Niro.

It’s a car which features a completely electrified line-up, with the option of either a hybrid, plug-in hybrid or solely electric model giving something for all buyers. The electric e-Niro has proved particularly popular, which has no doubt contributed to the model’s overall success this month.