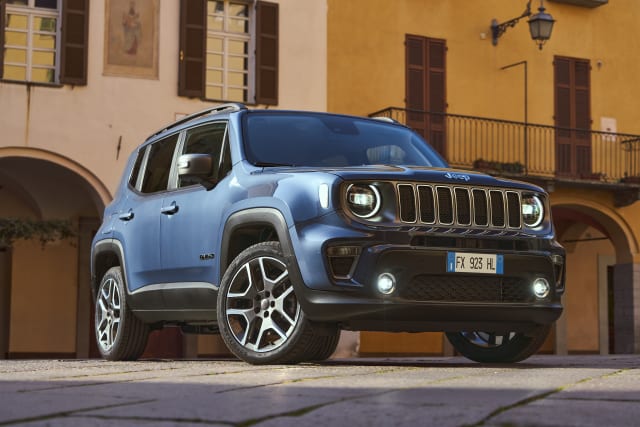 As much as car firms like to cling on to their heritage as much as possible, there comes a time and a need for things to change.

Look at Jeep – a manufacturer with an entire reputation built on producing rugged 4x4s. But against the rise of the crossover market, Jeep had to adapt – introducing its quirky Renegade in 2015 as its first true baby SUV.

And now things are changing further as the first electrified version of the Renegade is introduced to the American firm’s range, and it’s a sign of where things are heading with further models planned. So does it look like a positive future for Jeep? Let’s find out.

Called ‘4xe’ – as you can’t have anything electrified without an ‘e’ in its name these days, it seems – this is a plug-in hybrid version of the Renegade, which is now Jeep’s most popular car in the UK by some margin. Interestingly it’s also the first PHEV to be sold in Europe from Jeep’s parent company FCA.

On looks alone, not a lot has really changed, so it’s underneath where the changes lie – with an existing petrol engine being paired to an electric motor and battery to offer both the best mix of efficiency and performance of any Renegade. Sounds appealing, right?

The new 4xe is underpinned by a 1.3-litre petrol engine available with either 128bhp or 177bhp, with our test car using the former. Mated with a 59bhp electric motor and an 11.4kWh battery, it produces 187bhp in all. A six-speed dual-clutch automatic transmission is used.

Unlike rivals, all plug-in hybrid Renegades come with four-wheel-drive – the engine driving the front wheels and the electric motor providing power to the back. Using a 7.4kW home wallbox a full charge will take less than two hours or around five hours through a domestic three-pin plug.

And despite our test car using the less powerful engine, performance is still brisk; it’ll hit 60mph in 7.3 seconds and reach a top speed of 113mph. It also scores on efficiency thanks to a 30-mile electric range – CO2 emissions just sneak under 50g/km, and it can return up to a claimed 134mpg too. Company car buyers also benefit from 12 per cent benefit-in-kind.

The Renegade has never been the most refined and comfortable choice, but this transition to electrification has actually improved things. It’s at its best when running purely on battery power, which you can do by putting it in ‘Electric’, though even the default ‘Hybrid’ setting does a pretty decent job of prioritising the EV power.

The transition between electric and petrol is fairly unnoticeable and smooth in normal driving, but any hint of sharp acceleration and the petrol engine becomes rather loud and unrefined, while the gearbox struggles with sudden acceleration.

Importantly for Jeep, the switch to PHEV has not impacted the Renegade’s off-road capability. In fact, it’s actually improved things. All versions are impressively capable, though Trailhawk versions add additional capability thanks to a raised ride height and toughened underbody protection.

Ever since the Renegade debuted in 2015, one thing it’s always done differently is its styling. With its chunky and boxy looks, it looks like nothing else in its class, while its square wheelarches also give it some funky presence out on the road.

It also benefits from some cool lights, with quirky ‘X’-shaped LEDs at the rear and circular daytime running lights adding to the appeal. A bright and bold colour selection – including Bikini (blue), Omaha Orange and Solar Yellow – add even more bright styling, though its outlandish looks divide opinion. The seven-slot grille also makes it look unmissably ‘Jeep’.

The only real changes to show this is a hybrid are the 4xe badging and the charging flap at the offside rear of the car, too.

Thanks to the big boxy shape of the Renegade it’s got a light and relatively airy cabin, which is dominated by loads of headroom wherever you’re sat and a high driving position – helping to make it feel like a true Jeep.

The quality itself is quite average, and while coming with plenty of soft-touch plastics, it lacks the finesse of rivals. That said, all 4xe versions come with an 8.4-inch Uconnect touchscreen and a seven-inch digital dial system, which show you all the information you could ever want.

Unfortunately, it’s also relatively average when it comes to spaciousness – not being helped by a 20-litre hit when it comes to boot space as a result of the batteries – reducing it to 331 litres in all.

Plug-in hybrids are never cheap things, and that’s certainly true of the Renegade 4xe – prices start from £32,600. That makes it more expensive than the Kia Niro PHEV, Renault Captur E-Tech and nearly as pricey as the Mini Countryman PHEV, which is more premium and feels sportier to drive. If you want the top-spec model (which comes with a more powerful 237bhp output in all), it’ll set you back a somewhat steep £36,500.

That said, all versions come very well-equipped – including an 8.4-inch media screen, 17-inch alloy wheels and plenty of safety kit. Our Limited-spec version is the pick of the range, though, adding LED lights, larger alloy wheels and adaptive cruise control.

Jeep heralds this new Renegade 4xe as a ‘new era’ for the brand, and it’s true. You’ve got to consider just how far removed the idea of a plug-in hybrid is to a firm known for its traditional big diesel and petrol SUVs, but any hesitation from purists about compromised ability away from tarmac is likely to soon disappear upon getting behind the wheel.

Its superb off-roading ability remains the Renegade 4xe’s key asset, and the powertrain itself feels well-integrated – largely being smooth and refined,  and more so than the standard car, in fact.

While it’s not a car that responds well to spirited driving and the interior is neither particularly practical nor upmarket, this Jeep is an interesting alternative to other plug-in crossovers, and it’s worth considering for its low running costs. A Jeep that’s cheap to run? Who knew?