UK Drive: The Vauxhall Corsa-e is a smart yet understated EV 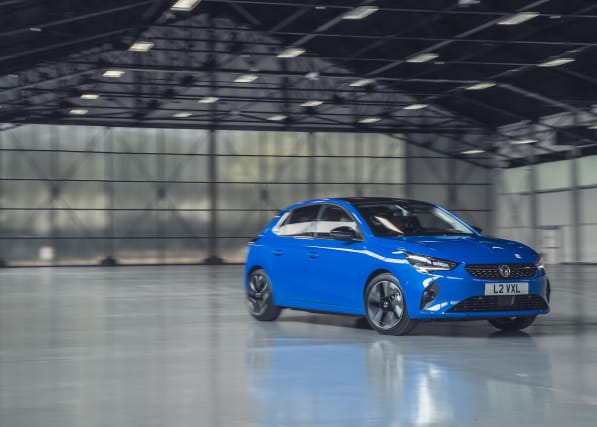 Few cars are quite such a common sight on British roads as the Vauxhall Corsa. For decades it has been the go-to compact car for everyone from new drivers to small families.

As a sign of the times, the latest version now comes with an electric option, bringing the powertrain choices bang up to date along with the smart styling and decent equipment levels.

While many of its rivals attempt to stand out with unique styling or bespoke models, the Corsa comes along as a more subtle option, for those who want an EV but don’t want to shout about it.

Now Vauxhall is under the ownership of Groupe PSA, it falls under the same umbrella as the likes of Peugeot and Citroen. That means the company gets access to the group’s powertrains, including this electric vehicle platform.

That means it gets the same single-motor setup and battery pack as the e-208, as well as retuned suspension and steering to deal with the fact that this Corsa is considerably heavier than non-electric versions.

That electric motor is a 134bhp unit that powers the front wheels. It makes 260Nm of torque, and contributes to an impressive 0-60mph time of 8.1 seconds and a top speed of 93mph. The 50kWh battery supports up to 100kW fast charging, so 80 per cent of charge can be achieved in 30 minutes, with a full battery providing a 209-mile range.

The motor suits the car perfectly. It has all the best characteristics of electric motors, with punchy acceleration that makes darting around town a breeze – if you see a gap, you can quickly nip in without a second thought. It manages motorway speeds well, too – despite the low top speed, it doesn’t start to run out of puff even at higher speeds.

For the most part, the Corsa-e is great to drive. In casual, everyday motoring, it’s quiet, responsive to inputs and handles motorways well despite its diminutive stature. Meanwhile, it comes with a ‘B’ mode that increases regen, so if you’re in town you can effectively do ‘one pedal driving’.

However, the suspension knocks a few points off the overall package. That stiffer suspension means it jiggles quite a bit over rough surfaces, yet it still leans a bit in corners. And if you hit some crumbled Tarmac while cornering, the car can get quite unsettled, even at normal speeds. It’s definitely not as composed as its sibling, the Peugeot e-208.

The Corsa’s trump card is actually that it looks quite unremarkable. That’s not to say it isn’t attractive, rather it goes for a subtle chic approach. The narrow headlights and grille work to make the car look a bit more imposing than others in the small car segment, in particular.

It also refuses to shout about its electric underpinnings. You get a small ‘Corsa-e’ badge on the boot lid in the usual place, but that’s about it. There are no colour coded highlights or garish graphics, just continued subtlety – and it’s all the better for it.

Inside, it’s everything you’d expect from a modern Vauxhall. It’s quite dull, frankly, but there’s no denying it feels well screwed together with some good quality materials used throughout. The dashboard has a smart swoosh from the passenger side, while the gear shifter has a solid and satisfying action.

The driving position isn’t great, particularly if you’ve got long legs – something else that’s come from PSA – while visibility is quite poor on account of the thick A pillars and small rear windows. This being a small car, rear passenger space isn’t fantastic, but it’s not unreasonably cramped for the segment.

The Vauxhall Corsa-e is a great all-rounder. It’s not the cheapest small electric car, but it has an impressive range and great on-board equipment. Its interior is quite dull, but it can charge very quickly and gets a home charger included in the price.

Perhaps its biggest rival is the Renault Zoe, which is similarly priced, but can go further between charges and is more interesting to look at. But for those who’ve owned conventionally powered Corsas before and want to make the EV switch, it’s the perfect way to transition.