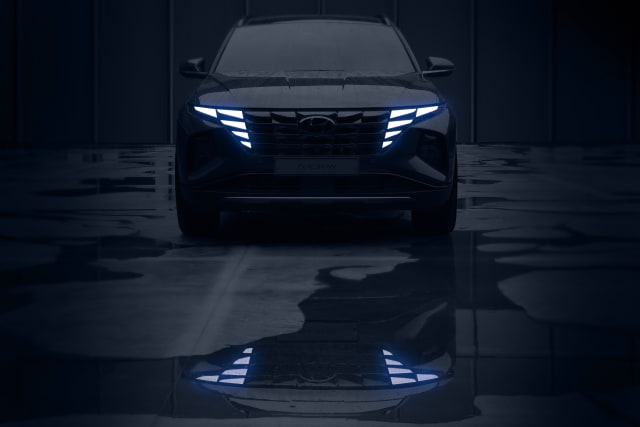 The new Hyundai Tucson will feature a radical redesign, as teased in these new images from the South Korean car manufacturer.

Bold light signatures at the front and rear are the order of the day, with the new Tucson sporting the latest evolution of Hyundai’s ‘Parametric Hidden Lights’, which sees the headlights incorporated seamlessly into the grille design.

At the back, there’s a full-width light bar that features two vertical lines either side, which will make the SUV unmistakeable on the road at night.

SangYup Lee, senior vice president and head of Hyundai Global Design Centre, said: “The mission of ‘Sensuous Sportiness’ is to elevate the emotional qualities of automotive design. We want our customers to feel moved.

“With the all-new Tucson, we are introducing its ultimate evolution and a definitive statement about Hyundai’s unstoppable forward momentum. Tucson’s advanced, experimental design is true to its pioneering spirit and raises the game in the industry’s most competitive segment.”

Inside, there’s a minimalist interior, which has only been showcased in a sketch so far. It shows a simple digital instrument cluster ahead of the driver, and a large infotainment screen in the centre console.

Full details on the car will be revealed on September 15 through an online stream.