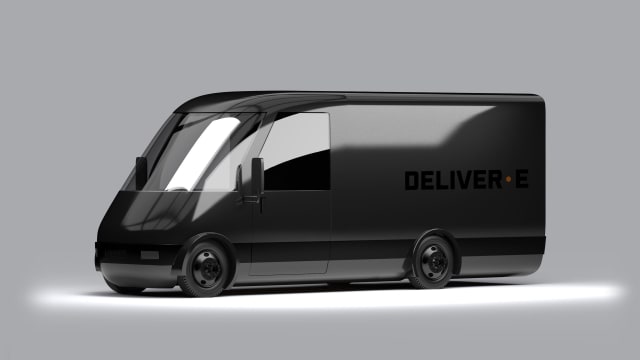 Bollinger Motors has revealed a new electric van that will expand its line-up beyond the pick-up truck and SUV it already has slated for production.

The Michigan-based EV start-up doesn’t have a vehicle on the market yet, but it plans to begin delivering the B1 and B2 in 2021.

Those models are now joined by the Deliver-E, a van that shares the motors, battery, inverters and gearboxes from those other models. However, it is built on a new platform that will make it front-wheel drive, while varying wheelbases will be offered.

There will be five battery sizes available, with 70, 105, 140, 175 and 210kWh options. However, an estimated range for each capacity has not yet been revealed, while fast charging of up to 100kW will be included.

With the battery packs fitted low in the chassis, it will have a fully flat cargo floor and ‘the lowest step-in height in the industry, at just 18 inches’.

Although the B1 and B2 have been confirmed for sale in the UK and Europe, it is unclear whether the Deliver-E will also be sold outside the US. Pricing has not yet been revealed, but Bollinger promises that ‘the Total Cost of Ownership within each class is significantly lower than gas and diesel versions on the road today’.