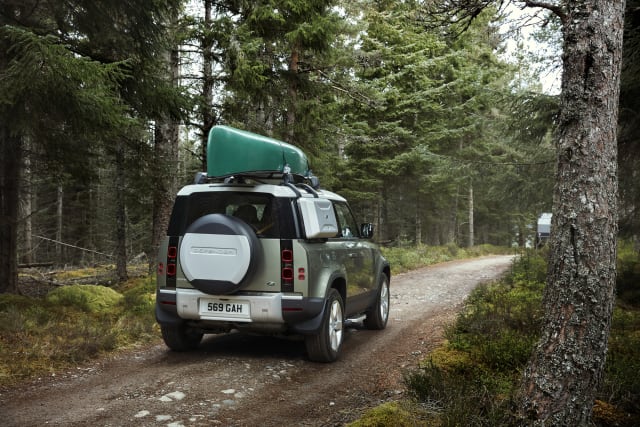 In the car industry, 2020 will be remembered as the year of the luxury SUV.

Not only has the new Land Rover Defender finally gone on sale, the long-awaited Aston Martin DBX is also hitting dealer forecourts. Meanwhile, the Bentley Bentayga has been given a big update.

With that in mind, we run through the best luxury SUVs on the market to see how the new competitors stack up against the competition.

Bentley's best-selling model received a refresh earlier this year, getting updated engines and a new look to bring it into line with the rest of the firm's models.

What's more, it's just been joined by a high-performance W12 engine that makes a massive 626bhp, meaning you can outpace some supercars while sitting in sumptuous comfort.

The DBX is probably the most important car Aston Martin has ever made. The firm has been struggling financially in recent years, but now it's in the hugely lucrative SUV market that could change.

It boasts smart looks and a lovely interior, but has put a focus on being one of the most fun SUVs to drive. That means it's not quite Bentley levels of waft on the motorway, but it should be a hoot in the corners.

The new Defender has upset some purists, who would prefer it to have remained the utilitarian off-roader it used to be. However, the switch to the premium segment will make this new model far more successful for Land Rover.

Fortunately, despite now having a more upmarket interior and vastly better on-road manners than before, it's still the best off-roader the firm has ever made.

Much like the Defender, the G-Class made its name as an off-roader. Its boxy shape and back-to-basics interior won it many admirers, but these days it's more likely to be seen cruising the streets of Knightsbridge.

It retains its squared-off aesthetic but boasts the kind of fantastic interior and buckets of badge appeal we've come to expect from the German brand. And it can still haul you up a mountain when required, too.

If you're after the biggest most comfortable car you can find, the BMW X7 is the one for you. This absolute beast is the biggest car the firm makes and is best thought of as an SUV version of the luxurious 7 Series saloon.

As a result you get some monstrous diesel engines that pull you along in near silence thanks to the solid but premium cabin.

When Volvo made the switch to building premium cars it absolutely nailed its niche in the market, providing a cool and sophisticated minimalist-inspired alternative to its predictable German rivals.

That's epitomised by the XC90, which is big, comfortable, brilliantly put together and comfortable behind the wheel. If interesting design is important to you, give this large SUV a shot.