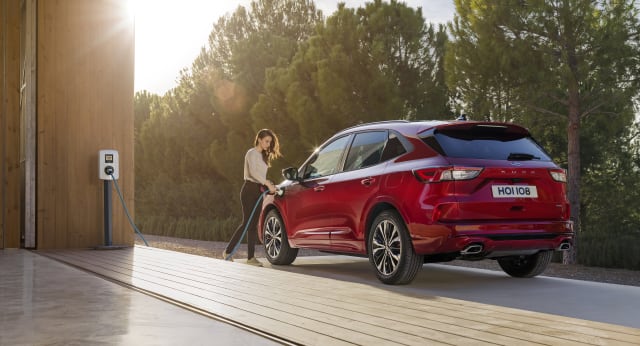 Ford has stopped deliveries of the plug-in hybrid version of its Kuga SUV over concerns about battery fires.

Owners who have already taken collection of their cars have been asked not to charge the high-voltage battery ‘until further notice’ and keep the vehicle in its ‘EV Auto’ mode.

Autocar magazine reports that Ford has issued a statement saying sales of Kuga PHEVs built before June 26 2020 had been temporarily suspended, saying “information from the field indicates that four vehicle fires are likely to have been caused by the overheating of the high-voltage batteries”.

A safety recall has been issued for all affected models and customers are being written to to get the issue fixed once parts are available.

Unconfirmed reports from Autocar suggest the fires are related to the battery charging module overheating.

It is not believed that any injuries have occurred as a result of the fires, or why only those built before June 26 have the issue. Up to 27,000 vehicles could be affected globally.

The plug-in hybrid Kuga only went on sale this year, but it has proved a big success for Ford, representing half of all Kuga sales across Europe in the second quarter of 2020.

The PA news agency has contacted Ford for a statement.