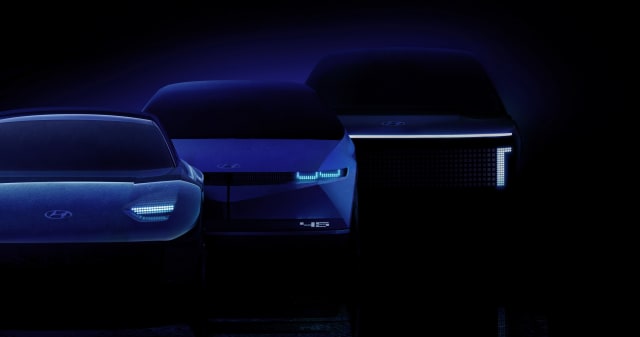 Hyundai has launched a new electric vehicle brand called Ioniq that it hopes will push to be a leader in electric mobility.

The Ioniq name is currently used for a Hyundai car, which was the first model to be sold with an all-electric, plug-in hybrid and hybrid powertrain at the same time.

However, it has now been spun off to create a separate brand, with three electric vehicles coming in the next four years, with more to follow.

Hyundai has hinted that the Ioniq brand will be used to push emerging technologies that expand on how cars are used today, saying it will have “technologies and services to integrate in-car and out-of-car experiences for a seamless journey”.

It will launch the Ioniq 5 first, which will be a mid-sized crossover, in 2021. This will be followed in 2022 by the Ioniq 6, a saloon based on the sleek Prophecy concept car revealed in March. Then in 2024, a large SUV called Ioniq 7 will join the range.

The vehicles will sit on a new base called the Electric Global Modular Platform, which will allow for fast charging, a large driving range, and an adaptable interior space with adjustable seats and wireless connectivity.

Wonhong Cho, executive vice-president and global chief marketing officer at Hyundai Motor Company, said: “The Ioniq brand will change the paradigm of EV customer experience. With a new emphasis on connected living, we will offer electrified experiences integral to an eco-friendly lifestyle.”

Hyundai recently announced ‘Strategy 2025’ which is its plan to sell one million electric vehicles and have a 10 per cent share of the market by 2025.