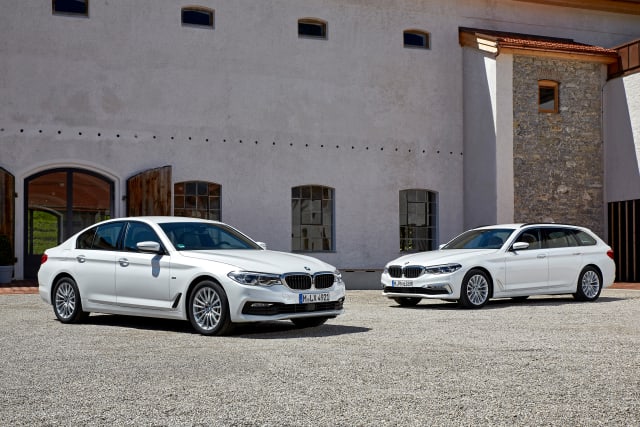 Joining the four-cylinder 530e, which has been on sale since 2017 and was BMW’s most popular electrified model last year, the 545e is the first hybrid six-cylinder powertrain to feature in a 5 Series.

While announced at the unveiling of the facelifted 5 Series back in May, no details were unveiled about the new plug-in hybrid model.

However, BMW has now announced full details about the 545e, which will feature a 3.0-litre straight-six petrol engine mated to a 12kWh battery and electric motor. Power is delivered to all four wheels via BMW’s xDrive all-wheel-drive system.

That combination produces 389bhp and 600Nm of torque, which enables a 0-60mph time of just 4.5 seconds and a top speed of 155mph, or 87mph on electricity. That makes it the quickest BMW plug-in hybrid currently available.

The latest BMW 5 Series benefits from refreshed styling, including a slimmer and wider front grille, along with a larger 12.3-inch media system and new connectivity and driver assistance technologies.

Elsewhere in the plug-in hybrid range, the smaller 530e will also be available as a Touring (estate) for the first time, as pre-facelift it was only offered as a saloon. The 545e will just be available as a four-door.

No prices have yet been given for the 545e, but expect it to cost around £60,000 by the time it arrives in showrooms in November.