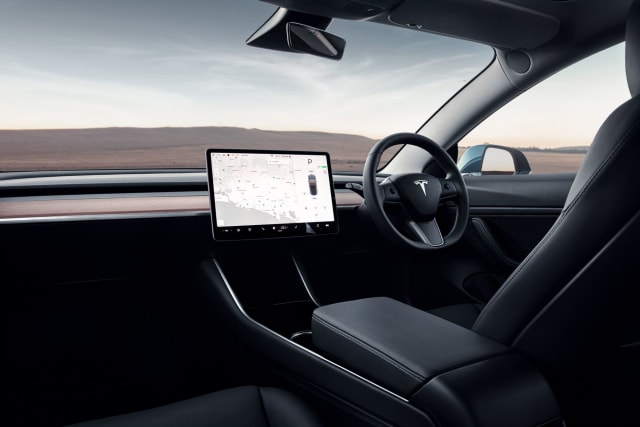 A driver that crashed while changing the windscreen wiper settings on their Tesla has been fined and banned from driving, with a court in Germany saying the car’s touchscreen should be considered a distracting electronic device.

The Tesla Model 3 has automatic windscreen wipers that turn on when it’s raining, but altering the speed of the wipers requires navigating menus in the large central touchscreen.

This screen is a key selling point for the car, with almost all functions controlled through the system’s menus – including opening the glove box – to give a minimalist cabin design.

However, the BBC reports that a German court has now ruled that it should be considered a distracting electronic device.

The crash in question happened last year, with the latest ruling happening on March 27, and is now being reported on after being picked up by a German-language law blog. A driver in Germany was handed a one-month ban and €200 (£180) fine after he drifted out of his lane and then hit an embankment and some trees, with police charging him under the same law that regulates using a mobile phone behind the wheel.

The driver appealed the decision, which moved to a higher regional court, arguing that adjusting the wipers was a safety feature. However, the court upheld the original decision, saying that it did not matter whether the touchscreen was a permanent fixture in the car, or what the reason for using it was.