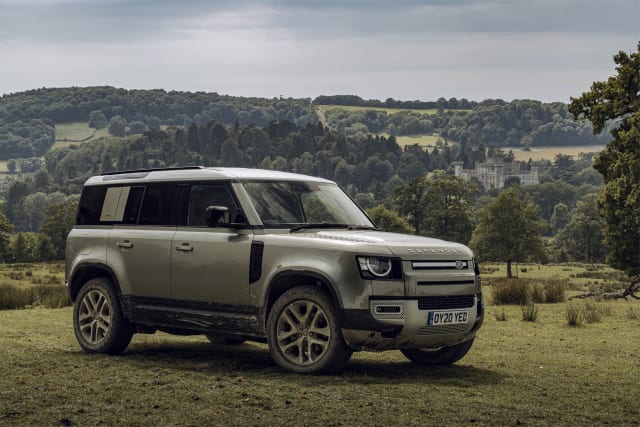 When discussing the greatest off-road-capable cars ever produced, few can come close to the classic Land Rover Defender. The iconic 4×4, which has its roots way back in the 1940s, became the go-to vehicle for those who need off-road capability and nothing else.

However, as buying habits changed and rivals became more capable, the traditional Defender needed shaking up. Revealed last year, the new Defender has burst onto the scene with a cool new look, better-than-ever off-road abilities – but a new-found air of luxury, comfort, and driveability on the road.

Some purists have decried the fact it’s no longer the rugged, utilitarian 4×4 of the past, but by keeping its traditional abilities while appealing to a new, more lifestyle-focused audience, does Land Rover have a massive hit on its hands? We put the new Defender to the test on urban streets, country roads, boggy forests and boring motorways to find out…

The new Defender is so far removed from the car it replaces that it’s not even worth comparing the two. It sits on a vehicle platform that’s ’95 per cent new’ compared with the current Land Rover range, and made from lightweight aluminium that’s been upgraded for ‘extreme’ capabilities. It’s three times stiffer than traditional designs, features independent suspension and can integrate electrified powertrains.

It also gets the latest version of Land Rover’s Terrain Response, which is now configurable so that off-road experts can tweak settings to their own preference, while the latest Pivi Pro infotainment system is also introduced, including over the air software updates.

There’s also that all-new look, the latest engines (including a plug-in hybrid later), 90 (three-door) and 110 (five-door) body styles as well as a commercial version… the list of newness is endless.

The plug-in hybrid engine is arguably the biggest news, but since that’s not available at launch we’ve been testing the D240 engine, which will likely be the most popular.

It’s a twin-turbocharged 2.0-litre diesel unit from the latest family of JLR Ingenium engines. Its stats are 240bhp, 430Nm of torque, fuel economy of up to 31.7mpg and CO2 emissions up to 253g/km.

For a car like this, that torque figure is arguably the most important, because when you’re on a boggy forest track you need it to help pull you out of trouble. On the road, it’s impressively quiet, while power is more than adequate for most situations.

There are two aspects to the driving experience – on-road and off-road. This being a Defender, let’s start with the latter. We tested the Defender in the forests surrounding Eastnor Castle, not far from JLR HQ and the place where the car was tested during production.

There are three tyre options: the standard road tyre, an off-road tyre, and a compromise between the two, which is what our test car was fitted with. You wouldn’t have known it.

While the Defender unsurprisingly found little issue with dry, dusty paths – no matter how steep the inclines and declines – at times the route would turn to a gooey, chalky mess. The Defender never hesitated. There was barely any slip, with the on-board technology taking over and giving pure confidence that any terrain is passable, even without the top-spec tyre.

And when the road became narrow or sharp crests appeared, the on-board cameras made them a breeze to navigate. It was almost boringly easy.

On the road? Excellent. Again, you’d expect a lot of tyre noise from the ‘compromise’ tyre, but if you didn’t know you’d think it was quiet enough to be a road-focused tyre. The ride is sublime, too, ironing out bumps to make for carpet-like comfort, while wind and road noise is minimal at motorway speeds, too.

There are a couple of complaints. Although it’s fantastically comfortable, that high centre of gravity and soft suspension does lead to a lot of head wobble when the road gets particularly bumpy. Meanwhile, the gearbox is frustratingly slow to respond to inputs, which is likely related to hitting emissions targets. Overall, though, it drives much better on the road than any car this good off-road should.

One of the toughest jobs for any car designer is reimagining an icon, but when the new Defender was revealed there can’t have been many who were disappointed with how it turned out.

Its boxy, upright stance remains, with enough chunky design features to give it the rugged looks its abilities deserve. There are nods to the old model to keep aficionados happy, too, while that side-opening rear door gives it real character and allows for a full-size spare wheel to be attached.

There are two body styles available – three-door (90) and five-door (110) – with the latter commanding a slight premium. There’s some more cool charm attached to the three-door, but for family life, the five-door’s extra space and practicality can’t be ignored.

The interior has been one of the most contentious issues among enthusiasts, but for the general public, there’s nothing to complain about. Land Rover has managed to give the cabin a touch of luxury, with some expensive-feeling materials, chic design, and the new infotainment system, while keeping a more rugged look in places.

For example, there are exposed bolts in the door cards, and a metal structural element is visible in the dashboard. These have been integrated in a way that doesn’t detract from the premium feel while also hinting at its tougher abilities.

Gone are the days of cramped interiors, too. While classic Defenders were famed for having little room up front, the new one feels big and spacious inside. If you’re looking for a family car it’ll do a fantastic job of carrying multiple people and all their things.

The entry level Defender 110 starts at £43,385 and includes 18-inch steel wheels, LED headlights, fabric upholstery, sat nav and all the off-road technology you could require. Upgrade to the S from £46,840, and you get 19-inch alloy wheels, part-leather upholstery, and an integrated driver display.

The Land Rover Defender had an almost impossible task on its hands, appealing to those who have long loved its no-nonsense ruggedness as well as those looking for a practical, characterful family runaround.

After a day behind the wheel, it’s fair to say it has succeeded in its task. Our tricky off-road route was mere child’s play for the Defender, yet when we took it to the Tarmac it was quiet, refined and comfortable with fantastic entertainment technology on-board.

The high-spec versions are too plush and too expensive to be considered for a truly workhorse lifestyle, but there are more affordable options at the bottom of the range, not least the forthcoming commercial version.

It’s safe to say Land Rover has nailed the brief.