F1’s return has been physically not mentally tough, says Albon 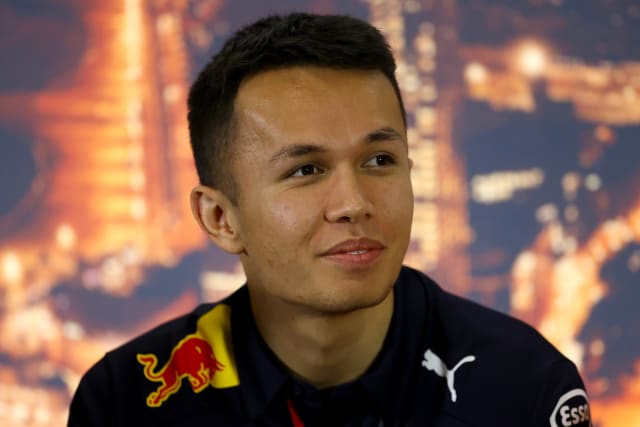 Formula 1’s 2020 season has been heavily disrupted by the coronavirus pandemic, with drivers now heading into their fourth race in five weeks.

The start of the season was delayed because many countries were in lockdown or faced quarantine procedures, but when racing returned on July 5, drivers had spent months away from racing with little time to prepare in the car.

However, despite a difficult first three races of the season that has seen his Red Bull Racing team underperform, Alex Albon says it has been the physical rather than mental readjustment that has proved trickiest.

Speaking to the PA news agency ahead of the British Grand Prix at Silverstone, the Thai driver said: “On the mental side, it’s quite surprising how quickly you get up to speed. Maybe five or six laps until you feel comfortable with the car.

“When I first stepped into the car, it did feel weird, truthfully – the first few laps you think ‘Jesus, this thing is quick!’

“But muscle memory takes over and then it’s things like your neck and your core that takes a bit of getting used to in the first day of driving.”

Red Bull Racing had been confident of being ‘the best of the rest’ behind a dominant Mercedes team this season, but while they do find themselves second in the constructors’ championship it has been far from plain sailing, following a double retirement at the Austrian GP as well as struggles in qualifying.

For Albon, disaster struck in race one when he was spun out by Lewis Hamilton, destroying his chance at a podium again after a similar incident in Brazil last year.

When asked whether he felt the fact he was a relative newcomer to the sport had something to do with the way the World Champion dealt with him on track, Albon didn’t think so.

He said: “I think when you’re driving with your helmet on you treat everyone the same, there’s no real difference in your driving style. I think it was just a circumstance where it was two unfortunate crashes that happened close together with the same driver.”