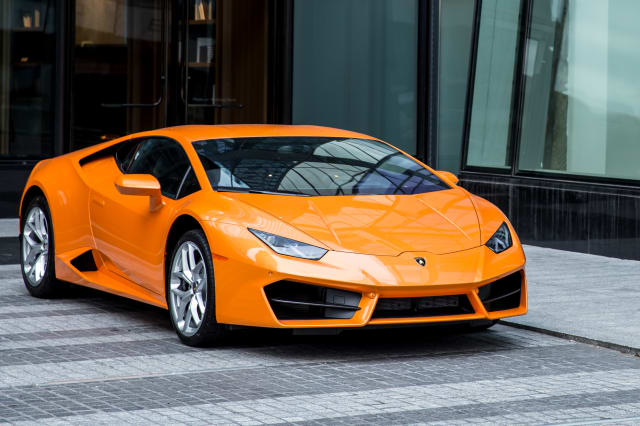 Story and video from Inside Edition

A 29-year-old Florida man was arrested and charged after the Justice Department says he obtained $3.9 million in the Paycheck Protection Program (PPP), money which he used to purchase a Lamborghini.

David T. Hines of Miami, Florida was charged with one count of bank fraud, one count of making false statements to a financial institution and one count of engaging in transactions in unlawful proceeds, the Justice Department said Monday.

Hines allegedly sought approximately $13.5 million in PPP loans through applications to an insured financial institution on behalf of different companies, investigators said in a criminal complaint. PPP is meant for Americans impacted by coronavirus to help them financially.

But Hines allegedly used some of the monies secured to buy a $318,000 2020 model Lamborghini Huracan, authorities said. That and $3.4 million from bank accounts were seized at the time of his arrest, the Justice Department said.

The complaint alleges that Hines submitted fraudulent loan applications that made numerous false and misleading statements about the companies' respective payroll expenses. The financial institution approved and funded approximately $3.9 million in loans, the Justice Department said.

"In the days and weeks following the disbursement of PPP funds, the complaint alleges that Hines did not make payroll payments that he claimed on his loan applications," the Justice Department said. "He did, however, make purchases at luxury retailers and resorts in Miami Beach."

Hines appeared in court Monday and was read his rights as well as his charges. He did not enter a plea and was released on a personal surety bond of $100,000.

His next court appearance is on August 10. He will be arraigned on October 14. There, he is expected to enter a plea.

Hines's lawyer, Chad Piotrowski, said in a statement to The New York Times that his client was "a legitimate business owner who, like millions of Americans, suffered financially during the pandemic" and "is anxious to tell his side of the story when the time comes."