Long term report: The Audi A1 finally gets the chance to show what it can do 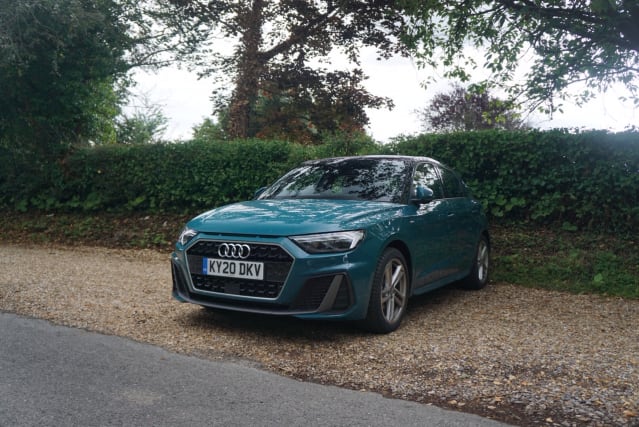 A few months ago I was told that our new Audi A1 long-termer test car was due for arrival. It was great timing, too; summer was on the horizon and I could easily imagine the variety of different activities that Audi’s smallest model could help with.

Then lockdown arrived, and with it the sweeping changes in our daily lives. It just so happened that only a few days prior to that the A1 arrived at the office, which is where it sat languishing – though still looking rather good in its bright green paintwork – for several weeks.

Thankfully, with measures easing, I’ve been able to go across and rescue the little A1 from its confinement. Which means that I’m now able to see what it’s like to live with on a daily basis.

First off, the way it looks. What do you think about it? Personally, I think the A1 represents a very well executed bit of design. It’s compact, for sure, but it looks robust enough to avoid that ‘teeny tiny’ appearance you sometimes find on cars in this segment. The added features such as LED headlights and taillights help to bump up its looks too, while the alloy wheels on this A1 incorporate a design which isn’t too fussy. So that’s good.

But a huge part of this A1’s appeal is that colour. It’s Tioman Green and, while costing an additional £575, helps to completely transform the appearance of the car. Countless people have commented on it to me in the street, and I’ve yet to see another Audi in this colour out on the road.

Inside, the A1 is roomy and packed with clever features. The central infotainment screen is one of the latest Audi produces, and integrates smoothly into the dashboard as opposed to other ‘pop-out’ style displays currently on cars like the A4 and A5. The full Virtual Cockpit is handy too, with clear and logical graphics.

The only real sticking point I’ve found so far when it comes to comfort is the seats; for some reason, the backs of the chairs are extremely hard, so longer journeys do mean you incur a fair amount of backache. They’re fine for pootling around town – where the A1 is most suited, in fairness – but out on longer stretches, they’re just not quite right. This could be down to body shape, of course. This S Line specification car does get sport seats, so it could be that these are just a touch firmer than the regular chairs fitted on entry-spec models.

The engine? That’s a 1.0-litre turbocharged petrol with 114bhp and 200Nm of torque. It’s that latter figure which makes its presence known in the way the A1 drives, as you’ve got plenty of low-down pull to help bring you up to speed in a timely manner. In fact, Audi claims that the A1 will do 0-60mph in 9.2 seconds (which feels about right out on the road), and should you even want and have the facilities to do so, it’ll hit 126mph.

But of course, efficiency is the name of the game here and, handily enough, that’s something the A1 does very well. Audi claims up to 48.7mpg combined, while CO2 emissions are a nick off the golden 100g/km mark at 108g/km. It really is camel-like in its preservation of fuel, and even after several longer jaunts, I’ve barely noticed the fuel display change. Those claimed economy figures seem pretty on the money too.

But the A1 is practical too. There’s a useful 335 litres of boot space to play with (the larger Audi A3 can only better this by 45 litres, in fact) while folding the rear seats flat extends this to 1,090 litres. Given its compact overall proportions, this is pretty impressive – not to mention useful.

I’ll admit that at £24,985 after options (the aforementioned paint, technology pack at £1,695 and a contrast roof at £425 to name the headlines) our A1 certainly sits on the punchier end of the price spectrum. However, given its versatility and solid feel, I reckon many would argue that it both looks and feels worth the money. I’m looking forward to seeing whether that’s true over the next few months.