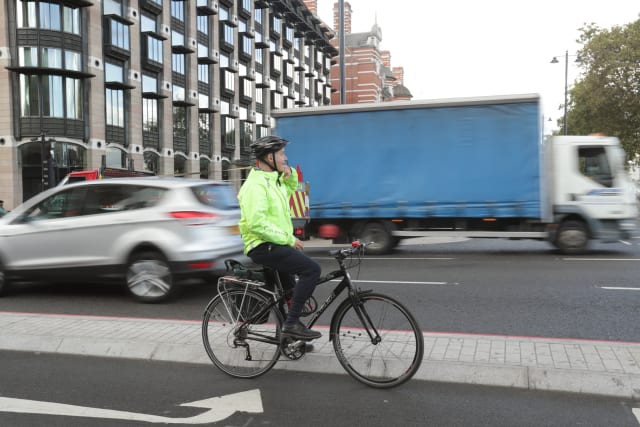 The coronavirus lockdown has helped drivers and cyclists to become more patient with one another, a new survey suggests.

Research has found that close to a third of UK drivers believe that they’re being more patient with cyclists on the road, while some 36 per cent of cyclists have noticed this increasing amount of patience and respect.

This mentality is particularly noticeable in London, where more than half of drivers believe that they have found a new understanding of those travelling on two wheels after the relaxation of lockdown restrictions.

The research by breakdown firm Green Flag also asked the 2,000 Brits – made up of 1,000 drivers and 1,000 cyclists – about their frustrations on the road and the bad habits of each other group.

Two-thirds of drivers still find themselves frustrated at having to share the road, while 49 per cent of cyclists put cars driving too close to a bicycle as their number one source of irritation.

Some 41 per cent of drivers cited cyclists skipping a red light as their top frustration, following 39 per cent of people who were most irritated by cyclists travelling in groups.

Mark Newberry, commercial director at Green Flag, said: “There has always been somewhat of a rivalry between drivers and cyclists competing for space on UK roads. While this research does show that there is still some existing tension amongst both, it is promising that with cycling gaining such popularity during the lockdown period, there is an increased understanding between them.

“Despite friction amongst the motorists, it is important to remember that the safety of each group relies on the actions of the other. At Green Flag, we conducted this research to raise awareness of this, to ensure that drivers recognise that there will likely be more cyclists on the streets and to be conscious of that, and for the increasing numbers of cyclists to be conscious of their role in sharing the roads safely with motorists.

“Ultimately, the roads are there for everyone to share, so it is important for all road users to always be vigilant and remain aware of each other as we all start to travel more, perhaps using a new method to normal, as lockdown continues to ease.”