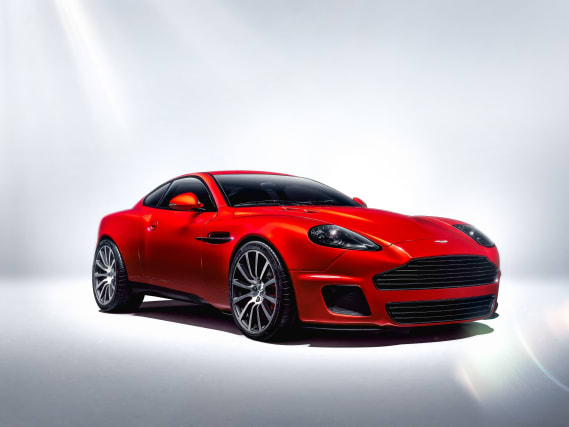 The production-ready version of the Vanquish 25, a modified Aston Martin that is the brainchild of famed car designer Ian Callum, has now been revealed.

It is the first car to come out of the 65-year-old’s new design company Callum, and gets 350 engineering, material and design changes compared with the original Vanquish V12 that he designed back in 2001 when working for Aston Martin.

The car has been adapted to make it a ‘more practical and relevant GT’, as well as receiving improvements to the handling. For example, it has re-tuned Bilstein dampers, stiffer anti-roll bars, a 10mm lower ride height and a 60mm wider track.

Under the bonnet sits a 580bhp V12 engine, that gets a bespoke carbon intake system and tuned equal length stainless steel primary collectors.

Buyers can specify the car in a session with Ian Callum, choosing any paint colour, one of eight trim colours, and a choice of a manual, automatic or semi-automatic transmission.

Adam Donfrancesco, head of engineering at R-Reforge, the bespoke car maker working with Callum on the project, said: “After a year of piling on the miles in our development prototype, I’m confident we’ve hit the targets we set ourselves of a very responsive but supple car.

“There was a perception that much of what we planned was aesthetic but the way the car drives, feels, goes, stops and sounds is actually where a lot of our efforts have been focused. We’ve defined a set up that finesses the composed, big Aston Martin GT feel but sharpens and hones it in line the progress that new tyres, suspension and knowledge brings.”

Ian Callum added: “The designers, engineers and craftspeople have poured all their energy into breathing new life into the car, pushing the boundaries of every detail: flawless surface finishes, tight shutlines and a crafted interior I believe you’ll enjoy spending time in.

“I’m particularly impressed with how it drives. From the lower, more sculpted and cosseting seat, the crisper steering with enhanced feel to just the glorious way it sounds, I think we have created something quite special.”

The first customer cars – the full name of which is the Aston Martin Callum Vanquish 25 by R-Reforged – will be built from September with the first cars going to Europe and Latin America.