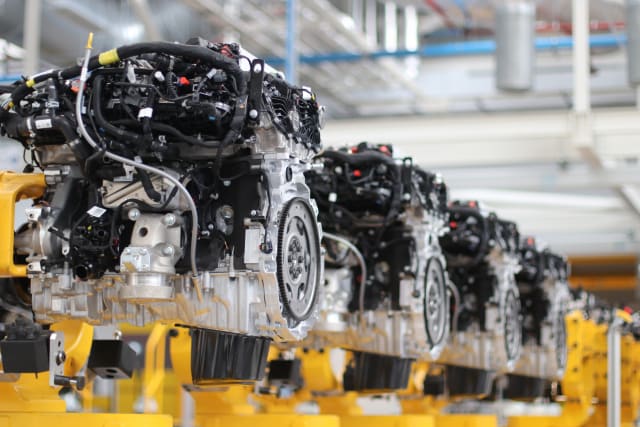 The firm’s engine manufacturing centre in Wolverhampton builds the engines, which get used in various models across the JLR range.

The Ingenium name refers to the company’s newest family of all-aluminium engines, which include both petrol and diesel versions. JLR says the engines are designed to ‘maximise performance whilst at the same time reducing the environmental impact and running costs for customers’.

A six-cylinder diesel engine is the latest addition to the line-up and is offered on the Range Rover and Range Rover Sport. It features mild-hybrid technology and is built alongside the six- and four-cylinder engines built in the West Midlands.

The engine manufacturing centre is also home to electric drive unit production to support the electrification of the range, while the firm is also developing a hydrogen fuel cell powertrain concept that could power vehicles in the future.

Ken Close, Jaguar Land Rover’s powertrain operations launch director, said: “We are experiencing unprecedented demand for cleaner-running vehicles, so it’s more important than ever to deliver clean and efficient engines without compromising on the performance or all-terrain capabilities our customers have come to expect.

“Our Ingenium powertrains offer the very best of both worlds – better fuel efficiency and lower emissions, and even greater torque for a more responsive and engaging drive.”