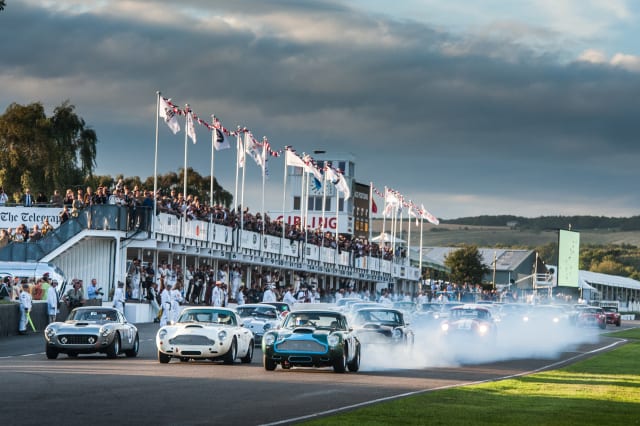 Goodwood is set to host a completely digital festival in October.

Called Speedweek, the event will take place from October 16-18, where it will combine aspects of the Festival of Speed and Revival festivals which were both cancelled due to the coronavirus pandemic.

Due to ongoing restrictions, the event will take place behind closed doors with no spectators allowed within the circuit’s boundaries.

However, the free-of-charge event will be broadcast globally via Goodwood Road & Racing’s website, as well as on its social channels and through a series of broadcast partners.

Track races will include some of the most valuable cars available, while a rally competition will see the cars take to the track, and go both under and over it. An inaugural ‘Goodwood Gymkhana’ will also be taking place, in areas which would ‘normally be strictly out of bounds’.

The Duke of Richmond said: “Having taken the heart-breaking decision not to hold the Festival of Speed and Revival this year, we were determined to find a way of bringing motorsport to Goodwood in 2020. Speedweek will be a once-in-a-lifetime occasion – the fastest, most exciting and spectacular event we have ever staged. I have been overwhelmed by the positivity and support offered to us by our partners and friends.

“In particular, I’m delighted that Mastercard, who have been the presenting partner of the Festival of Speed since 2017, will also be the presenting partner of Speedweek; and Bonhams who have held their auctions at Goodwood every year since 1993, will be joining us. An event unlike any that’s gone before, Goodwood Speedweek will be a fitting celebration of the spirit of the Festival of Speed and Revival, both of which will return, bigger and better than ever, in 2021.”

The climax of the event will take place on the Sunday, with a ‘never-to-be-repeated’ competition bringing some of the fastest cars to the track in a winner-takes-all shoot-out undertaken over a single lap.

Modern cars don’t usually take to the Goodwood circuit – they’re usually tested up Goodwood’s hill instead – so it could be that lap records start tumbling during the shootout.