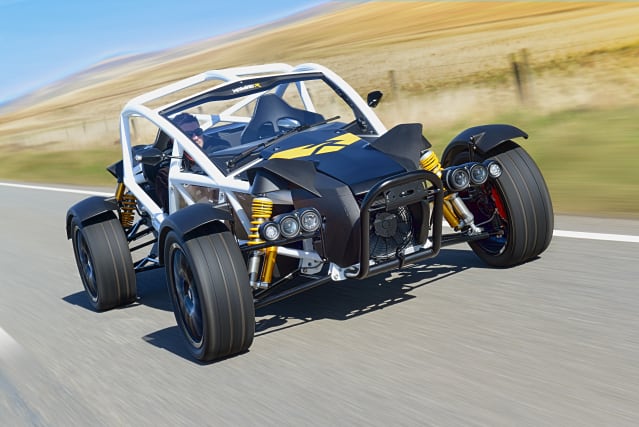 Ariel has revealed the Nomad R, which will be the most powerful version of its rugged sports car to date and limited to just five examples.

It will be powered by a supercharged 2.0-litre Honda Civic Type R engine making 335bhp and 330Nm of torque, putting it 100bhp and 90Nm up on the standard car. It has a six-speed manual transmission and is capable of going from 0-60mph in under three seconds and on to a top speed of 136mph.

The British sports car maker calls this the ‘ultimate version’ of the Nomad, and as such it gets equipment upgrades on top of the increased performance. The suspension gets Bilstein MDS dampers that have been tuned to ‘Tarmac Rally’ specifications to give the car more prowess on the road, despite retaining its off -road capabilities.

Henry Siebert-Saunders, manager of Nomad development, said: We’ve used knowledge gained from over five years of the Nomad, 15 years of supercharging Honda engines and the Atom 3.5R drivetrain to make this a truly staggering car. It’s incredibly quick but also very driveable and above all fun.”

Each of the five Ariel Nomad R models will be built by one technician to order and will cost £64,500.