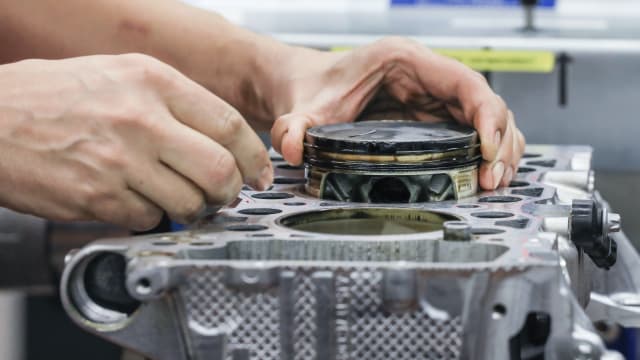 Porsche has revealed that it is using 3D printers to make the pistons for its high-performance 911 GT2 RS model.

The German car maker says it has already been using the technology in prototype vehicles and when remanufacturing parts for classic sports cars.

However, now it is using 3D printing for making the pistons for its flagship performance car, which it says reduces the item’s weight by ten per cent.

Frank Ickinger from the advanced drive development department at Porsche explained: “Thanks to the new, lighter pistons, we can increase the engine speed, lower the temperature load on the pistons and optimise combustion.

“This makes it possible to get up to 30bhp more power from the 690bhp biturbo engine, while at the same time improving efficiency.”

Porsche says there are various processes for 3D printing, but they all create shapes by layering materials. The 911 GT2 RS pistons were created using a technique that involves a laser that heats and melts a metal powder to create the shape.

The company is expanding its use of 3D printing. For example, bucket seats have been offered since May that have a central section made using the technique, while Porsche Classic has been using additive processes to reproduce plastic, steel and alloy parts that are no longer manufactured.