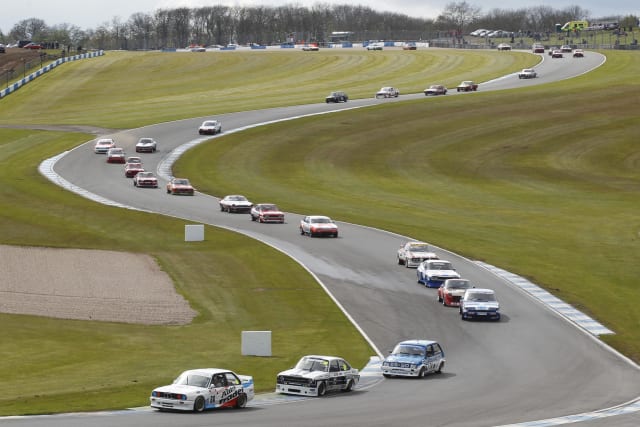 For car enthusiasts, enjoying their car to the fullest is one of the best ways to spend a day. However, this isn’t possible on the road because of speed limits and consideration for others’ safety.

To make the most of your car, the best thing to do is to take it on a ‘track day’. This involves paying to access racing tracks, where speed limits don’t exist. Prices vary depending on how much time you spend on track, but can vary from about £100 for a morning or afternoon, to up to £350 for a full day at a more famous circuit.

Here are some of the best-known and best-loved UK circuits that run track days for owners to test their car.

If you can only get to one track day, make it at the home of British motorsport. Silverstone is one of the most iconic circuits in the world, let alone the country, having been the home of the British Grand Prix since 1950, when it played host to the first-ever F1 World Championship race.

It’s a fast circuit so you can really push your car to higher speeds, while being pretty open, so if you make a mistake there’s a lot of run-off area.

Brands Hatch is another world-renowned circuit, but its layout could not be more different from the flat, wide-open spaces of Silverstone. Instead, it twists and turns its way across rolling hills and through dense forest, meaning there’s little room for error.

Paddock Hill Bend is famous for its challenge, having a blind exit as it drops steeply towards the next corner. The short layout will take about a minute per lap, meaning it’s easy to learn and turn lots of laps in your allotted time, too.

This Leicestershire circuit made headlines about 10 years ago as its ambition to host Formula 1 races was no secret. However, having changed ownership a few times, it’s recently had its facilities modernised.

It’s a combination of the previous two circuits, with fast, flowing sections and lots of hills and descents, with a tight, technical section to end the lap.

About 20 miles from Bristol sits Castle Combe on the site of a former World War II airfield. Because of this, it’s quite flat, and doesn’t have many hard braking zones, meaning it’s a fast circuit with little margin for error.

It has suffered because of noise nuisance orders, so high-level motorsport can no longer race here. However, local drivers can turn up and test their cars on a fast circuit with plenty of history.

Cadwell Park is something of a hidden gem in the UK. It’s often described as England’s Nurburgring because of its undulating topography, narrow track and countryside locale.

It’s a tight and twisty circuit where speeds never get particularly high, but you need your wits about you because any mistake can end up with an expensive visit to the barriers.

Yet another airfield-based circuit, the Goodwood name has become famous worldwide for its association with the Festival of Speed. However, that event doesn’t use the circuit – that’s the Revival, which sees classic racing cars go wheel to wheel once more.

It’s another fast circuit with few braking zones, having been based on the perimeter road to the RAF Westhampnett airfield. It has so much history that while it’s not well-known for modern motorsport, it’s a must-visit for classic motorsport fans.

First Drive: The Hyundai i10 brings premium feel in a compact package