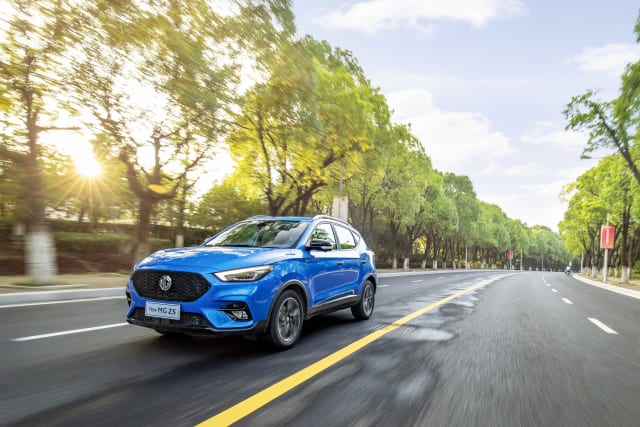 MG has given its ZS a mid-life refresh, adding a sharper exterior design along with more interior technology.

The ZS, which has been on sale for two and a half years, is one of the firm’s core models aimed at taking advantage of the huge demand for SUVs and crossovers.

Now, the firm has added to its appeal thanks to several new updates. The exterior has been refined, with new LED headlights now included on all versions. The grille has been reshaped while an aluminium-effect lower grille section has been added to top-spec Exclusive models. Redesigned 17-inch alloy wheels complete the look, while the taillights have been given a refresh in terms of design too.

Looking inside the interior, there’s a 10.1-inch colour touchscreen with Apple CarPlay and Android Auto, as well as a reversing camera and a revised dashboard. A front armrest is now included, too. Tip-top Exclusive cars get blind spot monitoring technology as well, adding to a 360-degree parking camera and heated front seats.

Exclusive cars also get a full digital driver’s display in place of the conventional dials.

MG has also announced a new 0 per cent PCP finance package, with monthly payments starting from just £179 per month for Excite models. Payments rise to £199 per month for top-spec Exclusive models. On-the-road prices for the MG ZS start from £15,495.