How the coronavirus pandemic caused Cannonball Run records to tumble 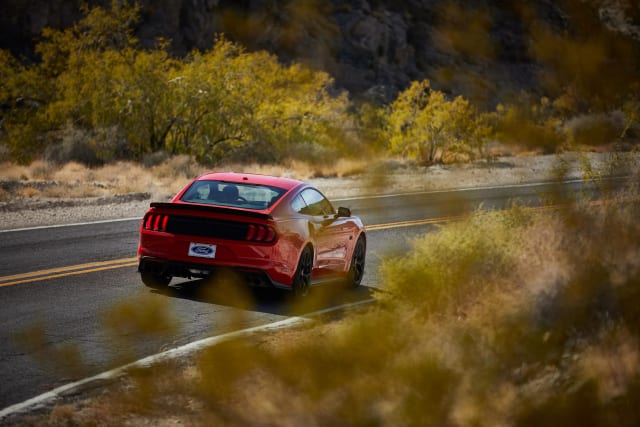 The Cannonball Run is a 1981 comedy film that saw teams race across the United States. Actors included Burt Reynolds, Roger Moore and Jackie Chan, with their characters all hoping to win a $25m prize.

It might have been a goofy comedy, but it sparked a craze that would last decades. Cannonball Runners, taking inspiration from the film’s premise, have been competing in unofficial – and highly illegal – timed runs from New York to Los Angeles.

The traditional starting point is the Red Ball Garage on East 31st Street in Manhattan, and the finish line is the Portofino Hotel in Redondo Beach, California. It’s approximately 2,800 miles, depending on your route.

There’s a small but dedicated community of people who not only attempt to break records, but also oversee the legitimacy of claims by those who take part. Most use GPS to verify their trip, or record the full journey.

One of the best-known record attempts was American journalist Alex Roy, who spearheaded a drive into the record books. His team’s time of 31 hours and four minutes beat the previous record by more than an hour, and because they had filmed it, ushered in a new generation of Cannonball Run fans through the internet.

These attempts are far from a bunch of people jumping in a car and just driving fast, hoping for the best. There’s some serious planning, money, and a big support network to make it happen. In 2007, Roy used a spotter plane to follow his car and see potential dangers ahead. Bolian and crew had someone in the back seat using stabilised binoculars to watch out for police or obstructions. Most teams have cars festooned with technology, from military-grade navigation software to police speed gun jammers. Many rely on a network of cars driving ahead to spot police.

Unsurprisingly, traffic tends to be the biggest issue. While weather can come and go, traffic is everywhere, and often the fastest runs are simply those that picked the right time to leave and got a bit of luck.

So it’s perhaps no surprise to learn that some Cannonballers saw the coronavirus pandemic as an ideal opportunity to break some records because people were staying home across the country.

He recently exclaimed: “Consider that it took six years and dozens of extremely well-prepared attempts for anyone to beat [his record of] 28 hours and 50 minutes, in the span of five weeks it was just beaten seven times.”

In fact, with no traffic on the road, times have been tumbling so quickly it can be tough to keep up. Bolian told The Smoking Tire podcast that there have been other times that would have been records a week or so previously, but don’t even register now.

In April, anonymous drivers achieved a time of 26 hours and 38 minutes, smashing the previous record set in November 2019. They had planned to keep it a secret, but a friend gave the game away.

Most record attempts are achieved using high-performance vehicles, but this attempt was in an unmodified Audi A8 L that hadn’t even had its 130mph speed limiter removed – the only upgrade was extra fuel tanks in the boot. Considering most records are achieved with drivers hitting top speeds well in excess of 150mph, this seemingly encouraged others to have a go.

As it stands, the “official” record – or as official as this wholly unofficial competition can be – is held by Fred Ashmore with a time of 25 hours and 55 minutes. That’s an average of 108mph. His story is particularly fascinating because he completed the run in a rented Ford Mustang GT, all alone.

He ripped out the interior and fitted large fuel tanks that meant he could complete the trip on one stop. A friend had an industrial fuel pump on a pickup truck and met him at the side of the road.

Breaking the 26-hour barrier must have seemed impossible even a few months ago. With police otherwise occupied, Ashmore said his only law enforcement encounter was just outside LA, where he was spotted but immediately lost the officers chasing him when his sat nav redirected him.

However, according to Bolian, there’s another record, and it’s beaten the 26-hour mark ‘by a considerable margin’. The team has decided to remain anonymous for now because they’re making a documentary about their exploits, but it’s not inconceivable that they would have averaged 130mph-plus through some States.

The Cannonball Run community appears to have had a crisis of conscience over these coronavirus runs. Bolian himself admits that he tried to discourage others from taking part by hinting that these runs will always have an asterisk next to them, because they were achieved during exceptional circumstances.

He also acknowledges that, despite the fact ‘there have never been any crashes involving other cars or any serious injuries’ during these attempts, these runs are even less ethical than usual because no one wants to divert the emergency services during a pandemic.

However, there are those that point to the fact that this is the very spirit of the Cannonball Run, and that it is there to show the government that they can’t tell them what to do.

While few outside this secretive pasttime could find many reasons to justify triple-digit speeds on public roads, Bolian appears to be more concerned about the future of this community.

In another of his videos discussing the recent records, he says: “The only reason I was able to pursue the record was that, given the availability of existing technologies, I thought I could beat Alex Roy and Dave Maher’s time of 31 hours and four minutes. I don’t know if people can go out, after the full record story is announced, and think they can do that.”

Could this be the end of the Cannonball Run as we know it? As traffic levels begin to return to normal, to the disappointment of very few, this particular chapter appears to be over. What remains to be seen is whether it adapts and lives on.