Classic Bristol Blenheim is the star of the show at auction 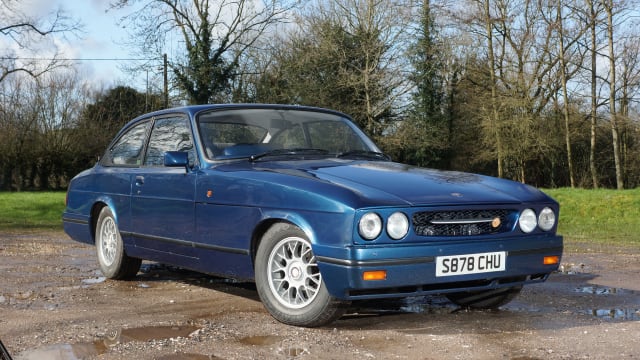 A classic Bristol Blenheim was the star of the show as it went under the hammer at an online auction recently.

One of the last models to be produced by the now-defunct British manufacturer, few Blenheims appear on the used market each year – which is why this 22-year-old example made waves as it went to auction.

The hammer fell at £38,000 once bidding finished, with the desirable model’s small number of miles – just 62,000 since it was bought directly from Bristol Cars in 1998 by the previous owner – making the Blenheim an even stronger proposition.

Sold by Car & Classic through its first online auction, the Blenheim starred alongside other cult classics such as a 1969 MGC GT and a 1967 Ford Mustang GTA. A 1976 Volkswagen Camper also drew an online crowd before finishing at £9,578.

Tom Wood, CEO of Car & Classic, said: “It’s been a superb first week for the Car & Classic Auction platform and proved that both buyers and sellers are still keen to trade some very interesting models despite the current climate.

“The prices bidders have been willing to go to on cars they’ve never seen in real life shows that there is still real confidence in the market, and our platform gives them both the detailed information on the vehicle and the confidence that they can transact safely using our Escrow service.

“Car & Classic is the cheapest online curated auction in market for sellers charging just five per cent including VAT to our sellers and is 100 per cent free to bidders – this is driving some significant interest with hundreds of vehicles in the pipeline.”