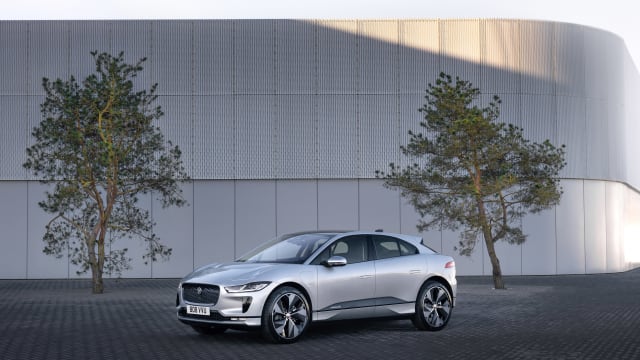 Jaguar has revealed the updated I-Pace with a new infotainment system and faster charging.

The updated version of the British firm’s electric SUV now gets an 11kW on-board charger as standard, upgraded from the previous model’s 7kW charger. It means about 33 miles of range can be added per hour from a home wallbox, while a full charge takes over eight hours. Maximum charge is still 100kW.

The major upgrade is in the cabin with the addition of Jaguar’s new Pivi Pro infotainment system. The I-Pace has a twin-touchscreen system, with a 10-inch upper and five-inch lower screen that can also be controlled through a haptic rotary controller.

It has a ‘smartphone-inspired’ design that Jaguar says makes it easier to use and navigate, with a fast start up system designed to ensure it’s operational by the time you’re in the driving seat and ready to go.

It comes with Apple CarPlay and Android Auto as standard, and comes with an integrated SIM with a complimentary 4G data plan.

There are a few minor styling changes, with a new grille tip finish as standard, new colour choices and a new 19-inch alloy wheel design, while inside there’s an optional Meridien 3D Surround Sound System.

There are no changes to the electric powertrain, which makes 394bhp and 696Nm, allowing the I-Pace to accelerate from 0-60mph in 4.5 seconds. Range is identical too at 292 miles.

Alan Volkaerts, vehicle line director for Jaguar I-Pace, said: “When we developed the I-Pace we wanted it to be the world’s most desirable electric vehicle and to show what happens when Jaguar goes electric.

“I think we’ve achieved those ambitious goals, and now we’ve made it even better with a new infotainment system, three-phase charging and technology that benefits driver and passenger alike.”