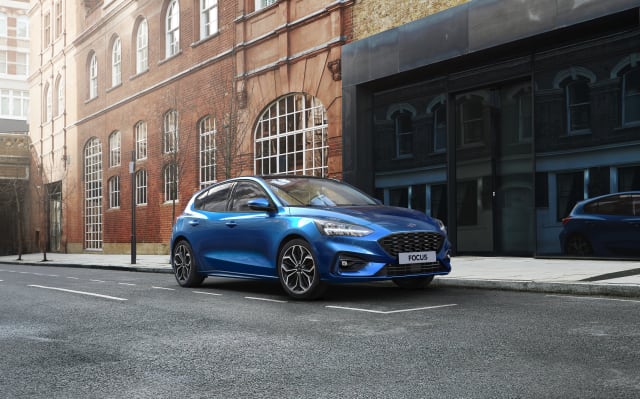 Ford has introduced a new mild-hybrid powertrain to the Focus, bringing an efficient new engine option to the range.

It makes use of a 1.0-litre turbocharged petrol engine linked with a 48-volt mild-hybrid setup to deliver 153bhp with CO2 emissions of just 116g/km. Ford claims that this new setup brings a 17 per cent fuel efficiency improvement over the outgoing equivalent of a 1.5-litre petrol engine linked to a six-speed manual gearbox.

The Blue Oval also says that the new engine is capable of delivering more than twice the power density of a 2.0-litre powertrain available for the Focus 10 years ago but with a 45 per cent hike in fuel efficiency.

The location of the batteries under the front passenger seats has allowed the mild-hybrid model to retain the regular Focus’ boot space, too. The system works by replacing a standard engine’s alternator with a belt-driven integrated starter-generator which can then be used to recover energy lost during braking or coasting. This energy is then stored in the battery pack.

The energy can then be deployed to provide additional torque during normal driving or when accelerating, and it can be used to power functions such as the air conditioning and media functions. An on-board system is capable of monitoring how the vehicle is being used and will then choose how to charge the battery for optimal benefit.

Roelant de Waard, vice president, Marketing, Sales & Service, Ford of Europe, said: “Our electrified powertrains are designed not just to save drivers money on fuel, but also to boost the fun-to-drive character of our vehicles.

“The Focus EcoBoost Hybrid seamlessly integrates electric and petrol power for efficiency and performance that would have seemed the stuff of dreams just a few years ago.”

Ford has also introduced a new 12.3-inch LCD instrument cluster to the Focus, which enables drivers to tailor readouts to their liking. On hybrid models, the screen can also display information about electrical energy usage, as well as how much energy is being generated by the system.

A new Zetec trim level has also been added to the Focus, with standard equipment such as wireless smartphone charging, front and rear parking sensors and full satellite navigation making the specification a well-finished choice within the range.