How to understand car safety ratings 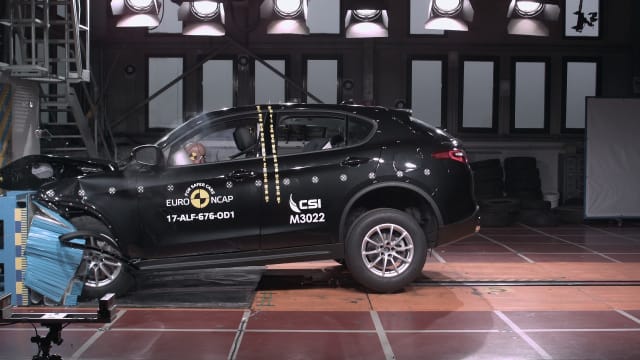 New cars are safer than ever, there’s no disputing that. More technology to help drivers stay safe is being included in vehicles, while manufacturers are pushing harder than ever to lift the overall safety levels in their cars.

To turn this into something consumers can easily access, cars are given safety ratings. However, they can be a little tricky to understand at times, which is why we’ve taken a look and broken safety ratings down into the key areas you need to know.

NCAP star ratings are one of the easiest aspects of car safety to recognise. Euro NCAP thoroughly crash tests a huge number of cars each year and doles out star scores depending on how well it meets certain safety criteria.

Five is the top score – so you’ll be after these cars if you want the safest vehicle possible. Always check the date they were tested, though; even though a car may feature a five-star rating, if it was tested some time ago it might not be as safe as new vehicles – the tests have become more stringent as the years have passed.

A car with zero stars can legally be sold – but obviously it’s not the safest.

From 2016, all new cars tested by Euro NCAP were issued with a dual rating. The first score reflects the car’s safety levels when fitted with standard equipment. According to Euro NCAP, it ‘reflects the minimum amount of safety you can normally expect from any car sold anywhere in the European Union.

The second rating, meanwhile, reflects cars fitted with an additional safety pack available as an optional extra. These extra features can help bump up a car’s safety rating – and increase its star amount too – but require the buyer to pay more. These ratings aren’t available for all cars as not all cars have an optional safety pack.

Adult occupancy safety is one of the areas included in Euro NCAP’s testing procedure. It measures how safe both adult and passengers are kept in the event of an accident.

You’re able to see these ratings on a new car – it’s displayed as a percentage. The higher the number, the safer the car.

Another quite self-explanatory part of the test; child occupant protection tests how safe children are kept in the event of a crash. Euro NCAP tests for incidences where children are sat in booster seats or in larger car seats.

Pedestrian Protection has been greatly improved over recent years with manufacturers including technology in their cars to better help cyclists and pedestrians in the event of a collision. The test was recently expanded to include those on two wheels, which is why it’s now often referred to as Vulnerable Road User protection.

Safety assistance is another area which has taken surges over the past few years. This test analyses the driver assistance and crash-avoidance technologies included in new cars. They’re often numerous, with key inclusions such as autonomous emergency braking and lane-keep assist.