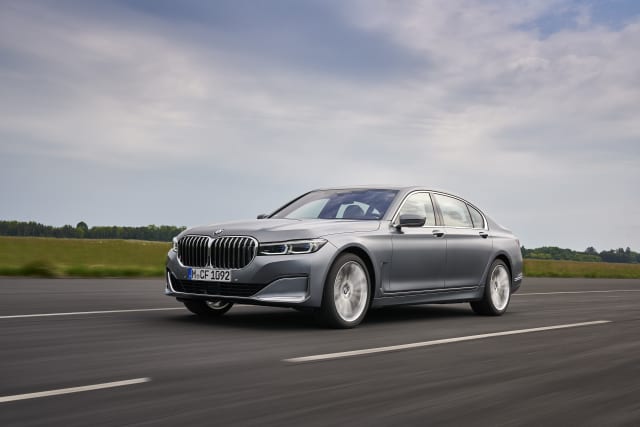 BMW has updated the luxury 7 Series with two new engines, which are more powerful yet more efficient than the engines they replace.

The straight-six-cylinder powertrains utilise a 48-volt mild hybrid setup, which uses an electric motor to assist the engine under acceleration and take over running the car when stopped and slowing down.

The new powertrains are badged 730d and 740d, with the former getting a 21bhp bump to 282bhp and the latter a 20bhp bump to 335bhp. The 730d is available in normal and long wheelbase configurations, as well as rear- and all-wheel-drive, but the 740d is not available with a rear-driven option.

Fuel economy is dependent on which configuration you choose, but the 730d can achieve up to 60mpg and the 740d up to 54mpg.

BMW has added exhaust aftertreatment technology to both engines, which comprises a diesel oxidation particulate filter and a selective catalytic reduction (SCR) coating on the diesel particulate, with a double dosage of SCR also used to reduce nitrogen emissions further.

Alongside the engine changes, BMW has given the new 7 Series an optional rear-steer option to improve agility at low speeds and stability at high speeds. Meanwhile, personalisation options for both the interior and exterior have been increased, with new exterior colour options and interior upholstery choices.