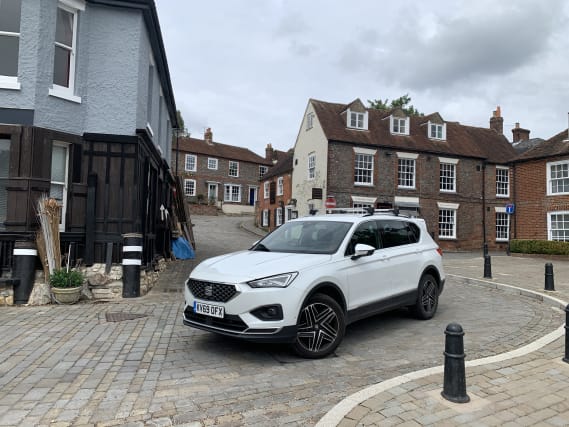 The coronavirus pandemic has grounded fleets throughout the world, and the same has been the case with our long-term test vehicles. The Seat Tarraco, in particular, hasn’t been able to put its excellent spaciousness, impressive refinement nor surprising economy to use for some time now as it’s been parked up staying safe at home. Fortunately now, as lockdown measures ease, it’s making its presence known on the road once more.

And if cars were able to display emotions, we reckon that the Tarraco would be wearing a big grin at being allowed back out again. The seven-seater is an ideal long-distance vehicle, but even for shorter trips around town it’s accomplished. Surprisingly light steering makes smaller turns a doddle, while there’s a good amount of visibility to help with low-speed manoeuvres too.

It even looks the part. We’d argue that the Tarraco could benefit from a few sporty exterior touches, but this is something that has been addressed by Seat via recently-announced FR and FR Sport trim levels. They bring 20-inch alloy wheels and a new bodykit, but while we’d quite happily add the latter to ‘our’ car, we think that larger wheels could put a dent in the Tarraco’s excellent ride quality.

And as we storm towards July, we head ever-closer to the time when the Tarraco has to return to Seat. It’s had a rather tumultuous time with us, that’s for sure, and though we’ve not spent as much time behind the wheel as we would’ve liked, it’s already made a lasting impression.

The practicality levels it offers only fall just short of van-like; very few cars can gobble up a full-sized mountain bike without the need to remove the front wheel, but it’s something the Tarraco can easily achieve. Then, when you’re finished with its cavernous boot space, the seats are easily raised back up – and even the third row provides enough space for people to sit there comfortably over shorter journeys.

The 2.0-litre engine under the bonnet is more than up to the job of propelling the Tarraco up to speed in a good enough time. We’d be interested to see Cupra turn its attention to the Tarraco – a performance seven-seater SUV is always an interesting prospect – but when it comes to everyday duties the 148bhp diesel is more than capable. We’ve been seeing MPG figures consistently in the high 30s (when we’ve been allowed to drive it, that is) which makes it one of the best cars in the segment when it comes to fuel-sipping abilities. Would a hybrid version make sense? Certainly, a plug-in hybrid version could work, but given the diesel’s all-round abilities it would be a tough sell indeed.

Is there anything we’d change about the Tarraco? Not particularly. As we’ve already mentioned the styling could do with a small bump in drama (a colour other than white may help this too), but this really is a personal gripe. The slightly more powerful diesel with 188bhp could be a great addition too to give the car a little more zip off the line – again, only a small recommendation.

But for a car weighing in at just over £35,000 when loaded with kit, the Tarraco makes a great deal of sense as a family car. Certainly, it’d be high up on our list of recommendations if you’re after a new seven-seater.