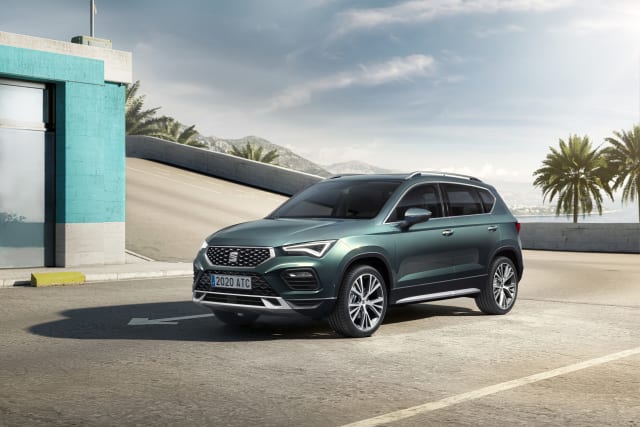 Seat has given its Ateca SUV a mid-life refresh, bolstering its appeal with an updated look and more technology than before.

First released in 2016, the Ateca was one of the firm’s first SUV models and has now been joined by Tarraco and Arona models. Popular from the off, more than 300,000 units have been sold since it first launched – with 35,000 in the UK alone.

Now, it’s been updated for 2020. Redesigned front and rear bumpers mean that the new Ateca is actually 18mm longer than the car it replaces, but remains just as wide. A new front grille has been added, while the full-LED headlamps have been refreshed in terms of design too.

Around the back, the Ateca gets dynamic ‘sweeping’ indicators and new exhaust pipe covers. One of the most notable touches is the inclusion of the Ateca nameplate in a handwriting-style font, similar to that seen on the new Leon.

A new trim level has been added too. Xperience – which replaces the previously top-spec Xcellence specification – brings black front and rear bumpers along with body-coloured wheel arch surrounds and aluminium effect side mouldings.

Inside, the infotainment system – available in either 8.25-inch or 9.2-inch – has been upgraded and repositioned for easier use. The steering wheel has also been given a new look. A new voice recognition has been fitted, which can be woken by the driver saying ‘hola hola’ to it. Apple CarPlay and Android are both included as standard too.

A new cold-weather windscreen heating system has been incorporated too. It sees the screen coated in an invisible layer which allows it to be defrosted almost immediately.

The Ateca’s safety levels have been bolstered too thanks to the inclusion of a range of new driver assistance systems such as predictive adaptive cruise control, pre-crash assist and an updated emergency assist which can bring the car to a complete stop if it deems the driver unresponsive.

Five petrol engines will be available with the Ateca, starting off with a turbocharged 1.0-litre unit, through a 1.5-litre powerplant and ending with a 2.0-litre engine with all-wheel-drive.

There’s just one diesel available – a 2.0-litre unit – though it’s available in two states of tune, and can be linked to either a six-speed manual or DSG dual-clutch automatic gearbox.