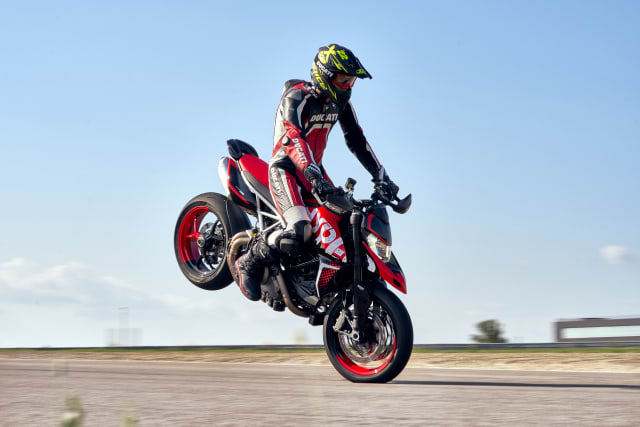 Ducati has unveiled its latest motorcycle – the Hypermotard 950 RVE.

The bike’s decals are the most distinctive aspect of the motorcycle, having been applied using a process that is comparable to that of an airbrushed design, according to Ducati.

However, there’s more to see than just design. The 950 RVE benefits from Ducati’s Quick Shift EVO, as well as cornering ABS and Ducati Traction Control EVO.

The bike’s aggressive design features twin exhausts under the seat as well as a stripped-back layout which leaves many of the mechanical components visible. The flat seat, however, should mean that the bike is easier and more comfortable to handle.

The RVE is powered by a twin-cylinder 937cc engine with 112bhp, which Ducati says is the ‘perfect engine to offer maximum fun’.

The new Ducati Hypermotard 950 RVE is set to arrive in dealerships this July, with prices starting at £11,750.