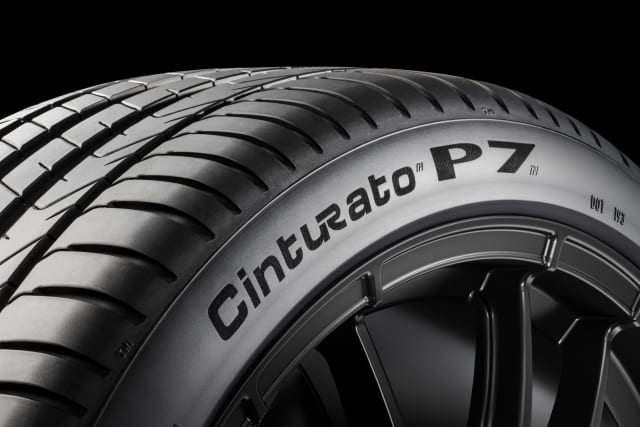 Pirelli has launched a new tyre compound that adapts to temperature and driving style to increase its optimal working range.

The new Cinturato P7 uses specific silicon resins that are ‘chemically modified to improve the interaction with silicon’. Pirelli says this gives it a kind of ‘mechanical intelligence’ that alters the compound to spread the silicon particles more effectively and improve interaction between them.

Ultimately, this should mean that although this is marketed as a summer tyre, it should continue to perform well at a wider range of temperatures than would usually be expected.

Other changes brought in for this new Cinturato P7 is a new tread block design with an optimal contact patch that can still dispel water effectively, while the new compound is also said to last longer before needing to be changed.

Pirelli has also worked with car manufacturers to make sure the tyre works with specific driver aids more effectively. The tyre maker claims the Cinturato P7 needs an average of four metres fewer than an average tyre when braking from 62mph.

The new tyre has been homologated for use on 70 new cars and will be the tyre used by these vehicles when they are sold at dealerships. Pirelli hopes to have this number over 100 by the end of the year.