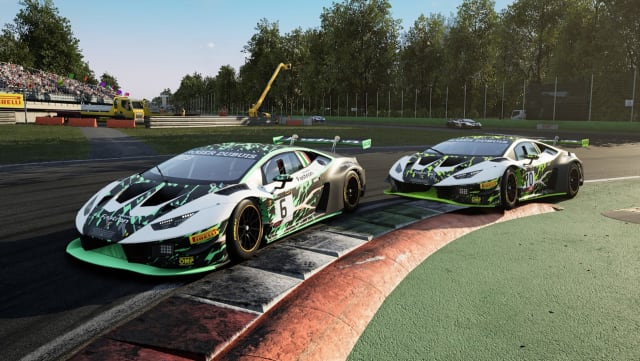 Lamborghini has unveiled its own one-make esports racing championship called The Real Race.

The virtual races, which will take place within the Assetto Corsa Competizione game, has been created in a collaboration between the Italian supercar manufacturer and Kunos Simulazione, the design house behind the video game.

Players of all experiences will be able to pilot a Lamborghini Huracan GT3 EVO in the game, with 12 unique liveries designed for the vehicles. These have been created by Lamborghini’s in-house design team.

Stefano Domenicali, chairman and chief executive officer of Automobili Lamborghini, said: “Sim racing is one of the fastest growing sectors in esports, with esports increasingly important to younger generations. I also follow it closely!

“This is an opportunity for us to combine the excitement of virtual racing with the appeal of Lamborghini cars and our motorsports program. Esports creates an environment where race heroes and top drivers can be challenged by anyone. This encourages wider engagement with real-life racing, reflected by Lamborghini’s investment in this new sports platform.”

Tournament qualifying will take place over five weekends from May 29 and August 2. Then, on September 18, the top 12 racers from the five events will be invited to travel to Lamborghini’s headquarters in Sant’ Agata Bolognese, Italy, to take part in the live final.

The three best drivers from the final will then be given the chance to drive and train alongside Lamborghini’s Squadra Corse race drivers. They’ll also get behind the wheel of one of the firm’s racing models.

Registrations for the event are open now, and it gives free access to the Assetto Corsa Competitzione game this weekend (May 29 to 31).