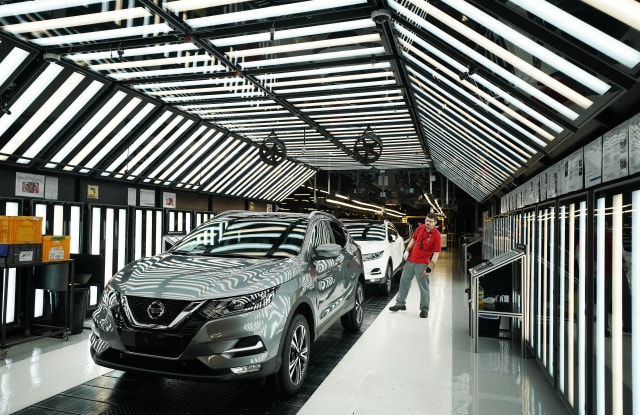 Nissan has confirmed the future of its Sunderland production site, alongside an announcement that it will be closing its Barcelona facility.

The future of the Sunderland plant – which produces cars such as the Qashqai, Leaf and Juke – has been uncertain for some time, but fresh confirmation by Nissan during its Transformation Plan has confirmed that the Japanese car maker sees the site as a core part of its European presence.

Stephen Ma, Nissan CFO, said that “In western Europe, we will maintain production of core models in Sunderland and maintain efficiency.”

The firm also showcased plans to utilise its relationship with other alliance members Renault and Mitsubishi to help grow the business. This could potentially see Renault models built in Sunderland, though this is yet to be confirmed.

Nissan said that it would now be focussing on reducing costs and bringing down the number of cars in its range, putting primary emphasis on electric vehicles, SUVs and crossovers – as well as sports cars – as it announced large losses for 2019.

The firm’s upcoming Ariya SUV, which it sees as a future core model for Europe, would be fully revealed in July.

It did, however, confirm its commitment to Europe, stating that the market remains ‘important’ to the brand while recognising that the automotive industry within the area is in ‘a period of transition’.