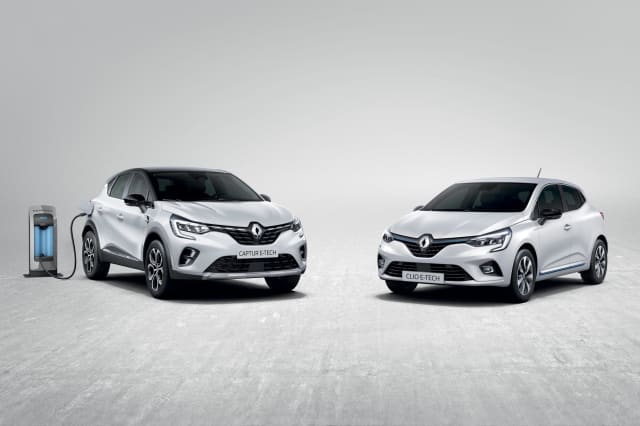 Renault has revealed more information about its upcoming Clio and Captur hybrid models.

The powertrain, which the French firm calls E-Tech, joins several other petrol and diesel engines already in the line-up for both cars. Prices start at £19,595 for the Clio Hybrid and £30,495 for the Captur plug-in hybrid. Both can be ordered now, and first deliveries are expected in September.

The Clio arrives as a traditional hybrid which generates charge from the engine for use at low speeds. The Captur hybrid, meanwhile, can be plugged into the mains to add charge.

Though the pair both use a 1.6-litre petrol engine combined with two electric motors, the Captur is the only one that can be properly locked into electric mode, while Renault states that the Clio can operate in EV mode for “around 80 per cent of the time” at speeds of up to 38mph.

It’s down to the batteries fitted to the pair. Whereas the Clio makes do with a 1.2kWh battery, the Captur utilises a much larger 9.8kWh battery, which allows it to travel up to 30 miles on battery power alone. Renault claims that the Captur will return up to 188.3mpg and CO2 emissions of 33g/km, while the Clio should see up to 64.2mpg with CO2 emissions of 98g/km.

A free wallbox comes with the purchase of the Captur plug-in hybrid too. It sees a 7kW home charger fitted by BP Chargemaster, enabling the Captur to be charged from zero to 100 per cent in around three hours.

The Clio, meanwhile, gets a Launch Edition with 17-inch diamond-cut alloy wheels and two new exterior paint choices. All cars get a smart cockpit with a digital driver’s display, while five separate trim levels give buyers a range of options to choose from. Even base-spec Play specification cars get a full multimedia system and LED headlights, as well as cruise control and air conditioning.