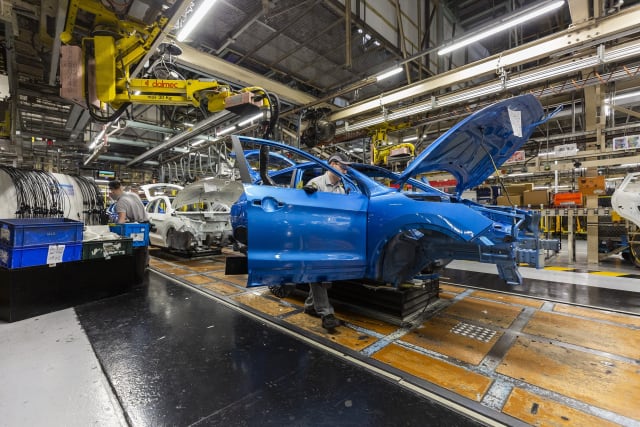 The likelihood of Renault building cars at the Nissan Sunderland plant has increased today after the Renault Nissan Mitsubishi Alliance outlined its plans for the future.

The three companies cemented their relationship following years of uncertainty that came after former boss Carlos Ghosn left, and took the chance to confirm that Nissan would not leave Europe despite recent rumours to the contrary.

In an initiative that’s being called ‘leader follower’, the biggest brand in each global region will take the lead in the future – in Europe, that is Renault.

The alliance says it wants to find efficiencies across the group, particularly by running factories at full capacity. It also plans to have Nissan take the lead on C-segment SUVs such as the Qashqai, which is built in Sunderland, potentially further securing a factory that has had an uncertain future ever since Britain voted to leave the EU.

However, this factory is not currently running at full capacity, which opens the door for Renault models to be built there to maximise production efficiency.

The manufacturers already share the Flins factory in France, with Nissan building the Micra and Renault the Clio and Zoe, so building cars together is not unusual.

A spokesman for Renault UK said: “Today’s announcement reaffirmed the strength of the alliance and presented a new business model for how member partners will improve their competitiveness, efficiency and profitability. We cannot comment on speculation with regards to future developments.”

Each brand within the alliance will make individual announcements about their futures separately, with Nissan coming tomorrow, Renault on Friday, and Mitsubishi Motors in ‘a few weeks’.