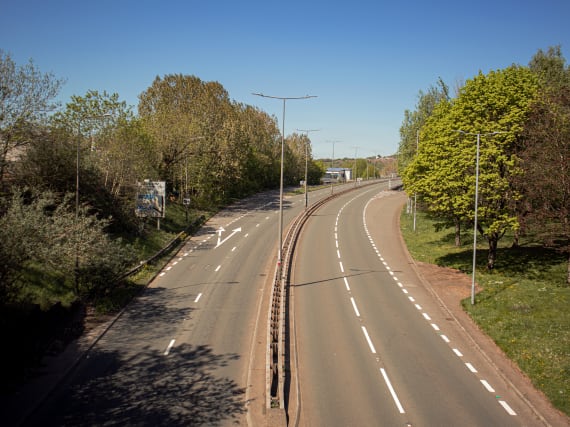 British drivers have saved more than £267m on fuel since lockdown measures were introduced in March, according to new figures.

With the restrictions causing many drivers to cancel their daily commute, millions of motorists have stayed at home rather than heading out onto the roads.

More cars being sat stationary has resulted in fewer trips to the pump, despite the prices for both petrol and diesel falling since the start of the coronavirus crisis.

Figures from comparison site GoCompare have shown that the average Brit spends 58 minutes a day commuting to work by car, adding up to 200 hours a year. Petrol car owners spend £1,042 fuelling their car, with diesel owners forking out slightly more at £1,265.

And though just £80.50 of that is spent on commuting each year – equating to 35p a day – when calculated, the amount of working days suspended by coronavirus and the 68 per cent of the population that would usually commute to work, then the resulting number comes in at well over £267 million.

Matt Oliver, motoring expert from GoCompare, said: “Understandably, as cars are used less, we are starting to see an impact on insurance and pricing. There are a few things you can do to reduce costs while your car isn’t in use. If you have a finance agreement for your vehicle, talk to your provider as they should be able to offer you a payment break.

“It will be interesting to see how fuel usage changes once lockdown has lifted. With companies announcing remote working will continue, this will affect the daily commute for thousands of drivers.”

Driving in the UK has fallen by 62 per cent compared with the start of 2020, and this figure is much higher than other affected countries. Driving in the USA, for instance, has only fallen by 30 per cent.