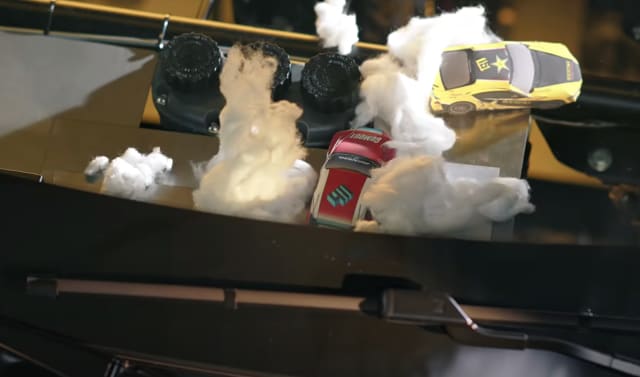 With the motorsport world on hold, racing drivers and engineers have been finding ways to keep themselves entertained.

The result has been a lot of drivers taking to sim racing, loading up virtual race tracks and competing online from the comfort of their home.

However, one team has gone in a completely different direction. The Papadakis Racing drift team decided to shoot a drift film that takes place in their workshop.

It uses stop motion animation, which involves taking a series of photographs to make a stationary object appear to be moving. The team built paper versions of their Toyota Supra competition car as the subject of the film.

Stephen Papadakis, who runs the California-based team, said: “There are a lot of families looking for activities right now and we hope we can inspire them to get creative with whatever it is they have at home.

“Even as we’re getting back to work, there are still a lot of kids at home. My five-year-old son has a fleet of paper cars he’s playing with right now.”

The film was put together by Jon Brewer of Gold Tree Pictures, and the paper cutout templates have been made available at the following address: https://bit.ly/PaperDrift-Cutouts.