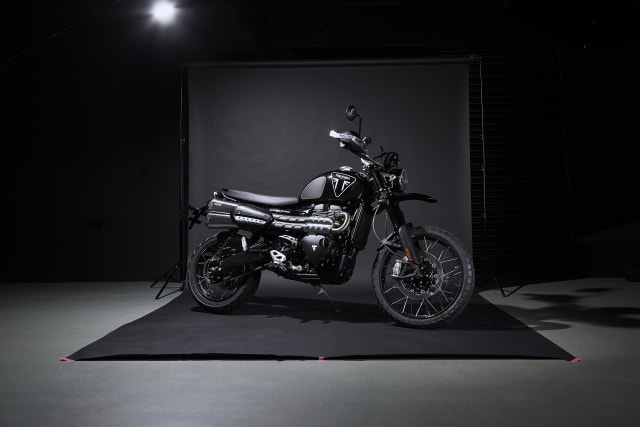 Triumph is celebrating its recent partnership with the James Bond franchise with a special edition mode – the Scrambler 1200 Bond Edition.

With Triumph motorcycles receiving a starring role in the upcoming Bond movie No Time To Die, the British motorcycle manufacturer has chosen to commemorate this tie-in with the limited edition bike, which features a unique 007-inspired design scheme.

Limited to just 250 examples worldwide, the special edition Scrambler 1200 receives unique touches such as an exhaust number board, leather seat with embroidered logo, and a James Bond start-up screen for the TFT display.

Shadowing the bikes used in the film, the 1200 also gets blacked-out touches such as a black anodized rear mudguard, black forks and black surrounds for the fog lights.

Each bike comes with a numbered edition plaque and unique badging, as well as a special Bond handover pack which features a numbered letter hand-signed by Triumph’s CEO Nick Bloor, along with a custom rucksack.

Available to order now, the Bond Edition is based on the current top-spec Scrambler XE, featuring a 1200cc engine with a six-speed gearbox which has been tuned to deliver performance both on- and off-road. Six riding modes allow the rider to tailor the car’s settings to the riding environment too, while ABS and traction control adapt the level of assistance depending on certain elements such as roll, pitch, yaw and lean angle.