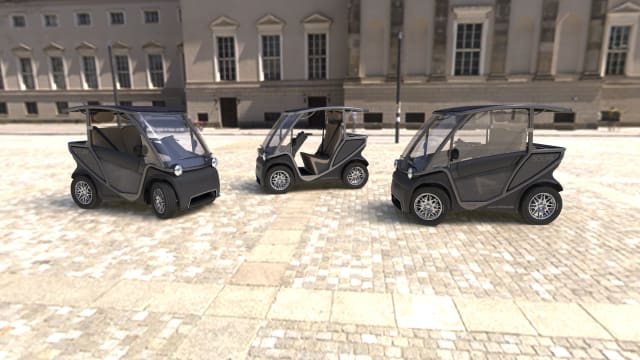 Designed for inner-city use, the Squad Solar City Car utilises a solar roof which can recover up to 9,000km (around 5,500 miles) of range per year in sunny conditions.

When fully charged, the 4kWh battery pack gives the car a range of up to 62 miles, with a top speed of around 28mph. Drivers don’t have to rely on good weather for the car to charge, either, because the vehicle can be plugged into up a domestic socket too.

Because of its compact size, the Squad is exempt from congestion charges and vehicle tax – it measures in at just two metres long and one metre wide. Yet despite its dimensions, the Squad has space for two adult passengers – and two children can be sat into seats located over the rear axle, too.

The compact solar-electric quadricycle has been reconfigured to incorporate some new create comforts following feedback from some customers. However, despite the new features, the vehicle still costs just £5,000.

Removable doors and air conditioning can now be added as optional extras, with customers given the option of half doors or lockable doors which secure the cabin. Full doors increase the vehicle’s price by €1,000 (circa £890), and air conditioning is only available on full-door versions rather than half-door variants. It too bumps the City Car’s price up, adding an addition €2,300 to its entry price – around £2,200.

It’s available to order now, with first deliveries expected in the final quarter of 2021.