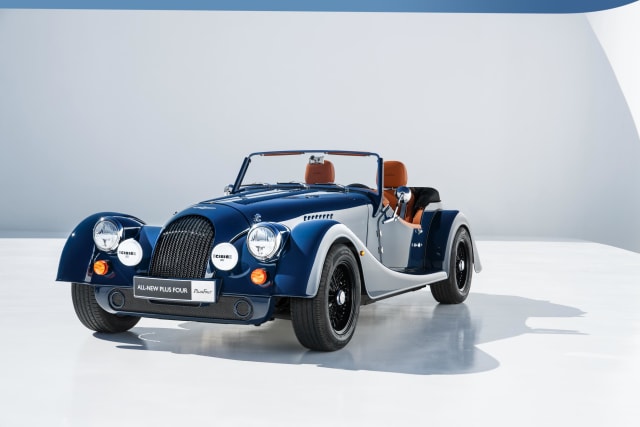 Morgan has raised £1.39 million towards the coronavirus relief effort by organising a giveaway of its new Plus Four sports car.

Announced during BBC Children in Need and Comic Relief’s ‘The Big Night In’ appeal, the total amount raised by the giveaway will also be matched by the UK government.

The money raised for the car – which starts from £62,995 before options – will be split between Comic Relief and Children in Need who are both helping to support a variety of charities aiding those who have been affected by the coronavirus crisis.

Steve Morris, chairman and CEO of Morgan Motor Company, said: “On behalf of the Morgan Motor Company, I would like to extend our gratitude to all those who entered the Plus Four competition and helped to contribute such a significant amount towards the Big Night In appeal. The amount raised exceeded the figure that we’d hoped to achieve, and we feel proud to have been able to help towards the relief efforts in such a way.

“We look forward to welcoming the winner to Malvern to specify their new car and watch it being built. Our team in Malvern is working hard to continue to help contribute to the relief efforts, and we would like to take this opportunity to once again thank all of the key workers around the world for their incredible work to keep us all safe.”

The winner of the car was chosen at random. They will be invited to visit Morgan’s Malvern factory – once lockdown measures have been lifted – for a private tour to see how their car is built, and they’ll also be able to choose the final specification of their own vehicle. Morgan is also covering the cost of the winner’s first year of tax and insurance as well as servicing for two years.

The Plus Four was unveiled two months ago, where it joined the Plus Six in the firm’s latest series of cars. With an all-new chassis and a 2.0-litre twin-turbocharged petrol engine with 255bhp, the Plus Four can go from 0-60mph in 4.5 seconds and hit a top speed of 149mph.