New Vauxhall Mokka promises to be lighter and better to drive 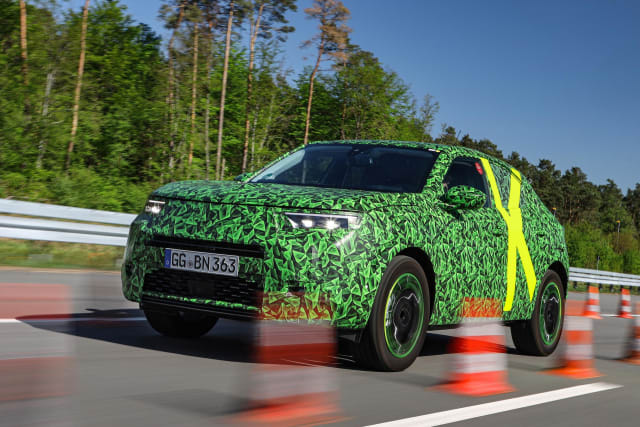 Vauxhall says its new Mokka will be lighter and better to drive than its predecessor.

The updated crossover will also be available as an electric version, which could be the best to drive in the range. This is because the batteries are positioned in the floor, so the centre of gravity is lower, while torsional rigidity is increased by 30 per cent.

The standard Mokka is about 120kg lighter than its predecessor despite being about the same size, which will help make it better to drive as well as improving fuel economy.

Vauxhall says the crossover is currently undergoing final testing in the Arctic Circle and on high-speed German test tracks.

In the Arctic, engineers are turning countless laps on an ice circuit as part of harsh weather testing, but also to fine-tune the chassis and driver assistance systems. Meanwhile in Germany, the vehicle is being run across replicas of the worst road surfaces in Europe to make sure the suspension can handle bad conditions.

Little is known about what the finished Mokka looks like. During testing, it is wearing a bright green camouflage body wrap designed to hide the contours of the bodywork.

The production version will likely be revealed later this year ahead of deliveries beginning in early 2021.