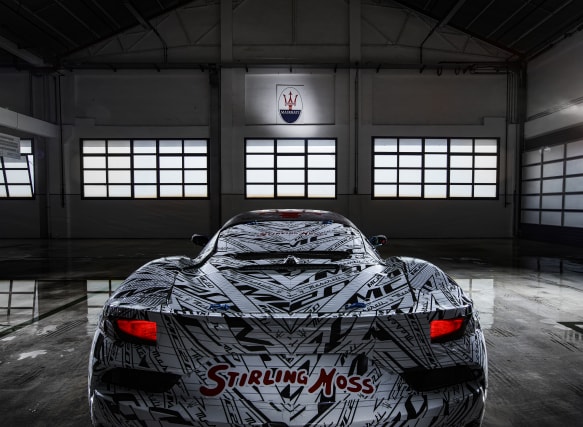 Maserati is paying tribute to the late Sir Stirling Moss with a unique version of its MC20 prototype.

The design for the car – which previews the firm’s upcoming super sportscar – is taken from the Maserati Eldorado, a single-seater which, on its debut, was driven by Moss at the Monza circuit in 1958.

Sir Stirling passed away last month at the age of 90.

The Italian manufacturer has also decided to launch the car on May 13 to celebrate Moss’ victory in the Monaco F1 Grand Prix on May 13, 1956. Moss took the podium place following a drive in a Maserati 250F where he led from the first to the last of the 100-lap race. Maserati’s success was two-fold, with driver Jean Behra – also behind the wheel of a 250F – taking third place.

Moss drove a variety of Maserati race models, including the Tipo 60 Birdcage, Tipo 61 and 300 S.

The MC20 is a completely new car for the firm, and it features an engine which is completely designed, developed and produced by Maserati. It’s expected to be a V6-based unit, mounted in the middle of the car and driving the rear wheels.