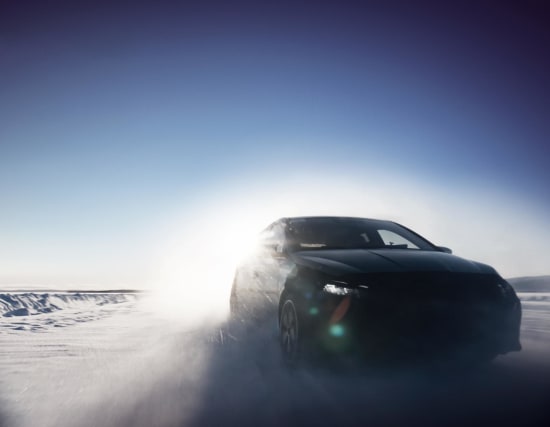 Hyundai has teased its upcoming i20 N hot hatch in a series of prototype photos taken as the car undergoes winter testing.

Taken in Arjeplog, Sweden, the shots show the firm’s upcoming hot hatch being put through its paces in the harsh conditions. It’s the first time that photos of the i20 N have been released.

Many manufacturers use Arjeplog as a winter testing site, with its sub-zero temperatures and vast frozen areas giving companies the perfect proving ground to ensure that their vehicles can still operate in temperatures which often plummet below -30 celsius.

The i20 N follows on from Hyundai’s two other N performance models – the i30 N and the i30 Fastback N – and aims to bring the same level of driver involvement but in a smaller package. It looks set to rival cars like the Ford Fiesta ST and Volkswagen Polo GTI, and though Hyundai has yet to reveal an official release date for the car, it’s likely to be later in the summer.

Further details surrounding the car are limited, but it’s likely to follow the same upgrade strategy as used on the i30 N. As a result, expect tuned suspension, larger brakes and an uprated engine. There’s a good chance that it could utilise the same 2.0-litre turbocharged petrol engine as used in the i30, albeit in a lower state of tune.

The photos do showcase a car which has been given a beefed-up look, however, with a sports body kit enhancing its visual presence.