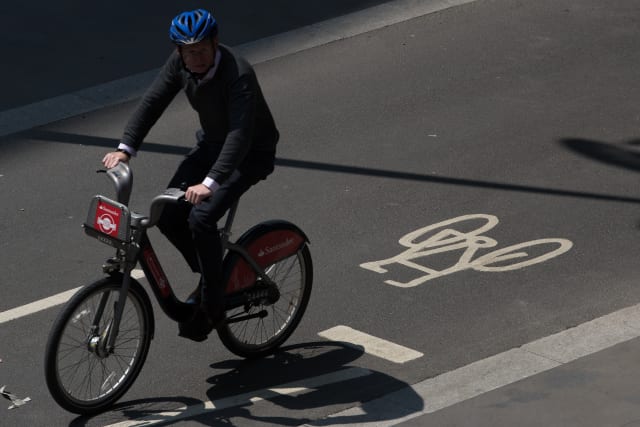 Two-thirds of UK motorists believe that if roads were safer for bikes then more people would be prepared to go out on two wheels, a new survey suggests.

With cities such as Edinburgh, Bristol and York – among others – announcing car-free futures, it’s likely that the popularity of cycling will continue to swell.

However, a survey of 2,000 UK drivers by InsureTheGap has found that 66 per cent of motorists believe that if roads were safer for bikes then more people would use cycling as a method of transport. In addition, 67 per cent would like to see more cycle lanes and bike routes installed across the UK.

And nearly half of those questioned said that they would like to cycle more but believe that getting out on two wheels is too dangerous without proper cycle lanes.

Ben Wooltorton, chief operating officer at InsuretheGap.com, said: “Cycling is a great way for getting around, both for the environment and health, and it’s great to see so many people out on their bikes getting their daily exercise and, for some, commuting.

“However, if we’re really going to make them a serious alternative to the car, more needs to be done to make it safer for the cyclist and the motorist.”

More than two-thirds of drivers said that new legislation should be implemented to react to the rise in cycling – including electric bikes – while 80 per cent say that helmets should be made a legal requirement.

Some 67 per cent also think that bicycles and electric bikes should have a registration number to make them identifiable, while over half say that cyclists should be required to hold a licence. In addition, 27 per cent of those surveyed think that cars should be banned in city centres – with only bicycles allowed to travel in these areas.