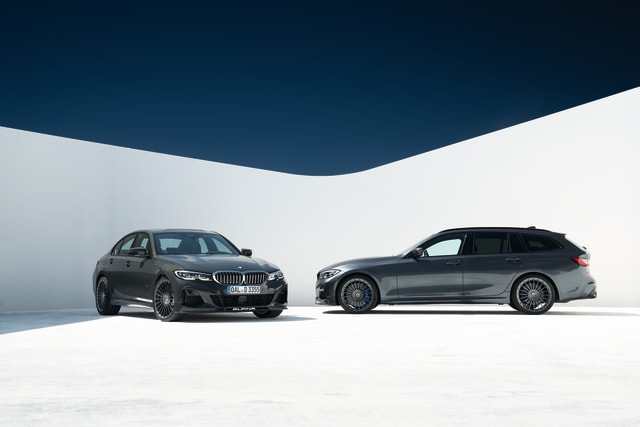 Alpina has revealed its latest incarnation of the D3 S.

Available in either saloon or estate layouts, the D3 S is the firm’s take on the most recent generation of BMW 3 Series.

A turbocharged straight-six diesel engine powers the whole affair, with power figures of 350bhp and 730Nm equating to a 0-60mph time of 4.3 seconds in the saloon and 4.5 seconds in the estate. Flat-out, it’ll do 170mph.

All variants send power to all four wheels via BMW’s xDrive system and an eight-speed automatic gearbox. A mild-hybrid system is also incorporated too, helping to maximise the efficiency of the engine.

Inside, the D3 S builds on the standard equipment fitted to the BMW 330d with hand-stitched leather.

Two wheel combinations are available too, with the choice of either 19- or 20-inch wheels giving the car an enhanced stance on the road. Behind them sit performance four-piston brake callipers with 395mm discs at the front. These are carried over from the Alpina B5, which produces more than 600bhp.

UK prices haven’t been announced, but Alpina states that the saloon will cost from £70,500 in Europe for the saloon and £71,900 for the estate.