The cars that have been SORN’d more than any other 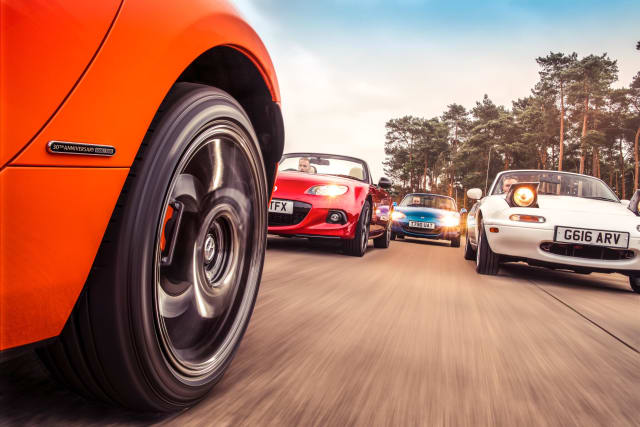 SORN, which stands for statutory off-road notification, is an official notice which states that you're taking your car 'off the road' and not currently driving it. By doing this, you no longer have to tax it or insure it.

There are many reasons why motorists do this, whether it's to save a bit of cash while they don't need to drive, or because they're working on a classic car that's not currently roadworthy.

The government recently revealed the latest vehicle registration figures, which includes the number of each vehicle that was declared SORN in the fourth quarter of 2019, so we've collected the most common models to appear in this list.

One caveat: The models aren't always split up logically, with some varying by trim level and some incomplete data, meaning these numbers are approximate. The most commonly SORN'd model was 'Other British Missing', likely referring to the nearly 40,000 classic British cars being 'restored', for example.

Perhaps unsurprisingly, this list is dominated by some of the best-selling cars in the UK, and the Golf is top of the list. Specifically, the performance-focused Golf GTI, first sold in 1976, was fourth overall with almost 13,000 examples being SORN'd.

Another hugely popular car, it's no surprise that everyone's favourite city car is on this list. First introduced in 1976, we're now on the seventh-generation of Fiesta. Proving hugely popular with young and old drivers alike, its low running costs and good practicality make it a car worth holding onto even when it's not roadworthy.

The second of three Fords on this list, the Focus is one of the best-selling family cars in UK history. When it first went on sale in 1998, its styling was considered a game-changer, and having sold in huge numbers ever since it's no surprise to learn there's more than 50,000 in storage.

Much like the Fiesta, the Corsa has gained a reputation as an excellent small car. It has gained an image as more of a young drivers' car than the Ford – being cheap to run and having cute styling has made it a hit with buyers since the 90s.

Another darling of the 90s small car scene, the Peugeot 206 proved hugely popular during its short stint on sale in the UK between 1998 and 2006, evidenced by the fact it's so high on this list.

Land Rover's first car to be targeted more at being a family car, the 'Disco' proved hugely popular thanks to its large luggage space and more affordable price – yet still being capable off-road. There have been three generations since the first went on sale late in 1989.

In a list dominated by small cars, the Ka is one of the smallest. Introduced in 1996 it won plaudits for its diminutive packaging and fun styling while offering diverse body styles that included a convertible and sporty version.

There were many variations of Mini in this list, including those made by Austin and Rover. However, of the purely Mini-branded models there are more than 20,000 currently off the road – a hugely impressive number for a classic brand that demonstrates just how popular it is.

Car enthusiasts will not be surprised to see this small roadster in this most-SORN'd list. The Mazda MX-5 is almost universally loved for offering affordable performance and a hugely appealing roof-down driving experience. However, early models are well-known for being rust magnets, but their owners love them so much they rarely let them go!

Much along the same lines as the MX-5, the MG B is a two-door convertible sports car, which was in production between 1963 and 1995 (but with a big gap in between). The British-built icon is hugely popular with enthusiasts, who are keeping its memory alive.